Graphics for a debug menu can be found in the ROM, though the menu itself appears to've since been removed.

Rudy's shoes have a skull at the tip, reflecting his design in concept art. However, they can't be seen in-game because they are hidden beneath the floor. To see them, use the following GameShark codes: 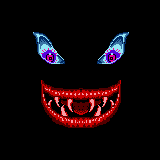 The boss room has an unused tileset and tilemap as a placeholder, which can be seen through the level editor. It may have been initially intended for "A Hidden Figure"'s transformation, but whatever it's supposed to be, it's probably for the best that it went unused...

In Desert Ruins, one of the Block types has this face drawn on it, probably supposed to foreshadow the transformation.

While inside some levels, this shows up in the tile viewer when setting VRAM Bank 1 and Char Base 0x8800. It translates to "Under Construction".

These ladder tiles would have been used in the outside sections of the level. Like the used ladder tiles, they use two metatiles in the tileset, except that... both metatiles are set as solid.

The Sun enemy has a frame for it grinning as an idle animation. This goes unused since the final game uses his 'spitting' animation as his default expression.

Similarly, the Moon enemy also has an unused frame stored nearby, this time minus the puffed up cheeks.

An unused frame of Wario, similar to frames used when he messes up in the golf game, hangs from an owl or gets frozen.

The Spark enemies have graphics for being defeated, or possibly stunned. In the final game, they are invincible.

There also exists sprites for Spark looking left and right.

The Denki, the electrical sparks that fall from hanging lamps, have unused graphics depicting them with eyes. Presumably intended for being defeated.

The underwater urchin enemies have a defeated frame in this game, but cannot ever be killed in normal gameplay.

The Kushimushi have frames for an unused animation with them flapping their wings, possibly intended to be "flying," or potentially an unused "stunned" pose. In the final, they never appear stunned, and just fall off the screen when defeated.

A Tadpole with an angrier look (possibly for when preparing to jump) and turning. In the final, they jump immediately, and cannot turn on-screen.

The zombie enemies have animations for their heads disintegrating. Presumably, these were going to be used when their heads were destroyed (it just flies off in the final game).

Vampire Wario has an unused frame showing him being exposed to light or garlic. It's unknown how this would have been used in game, but it may have been used for Wario reverting to his normal state.

The overworld map has unused tiles for earlier revisions of the world design. These include a version of the Desert Ruins without the actual ruins (implying it used to simply be a standard desert level at one point) and a messed up version of the Forest of Fear graphics (showing the creators originally had some very different graphics in mind for it on the map).

This flower uses object slot 4 in The Tidal Coast, but it isn't used. It attacks Wario by throwing its head towards him, then it plants itself back into the ground. Nothing to be afraid of.

All of these rooms are neither defined as a region, nor connected to anything. Due to the former, they show up as completely black on the level editor. 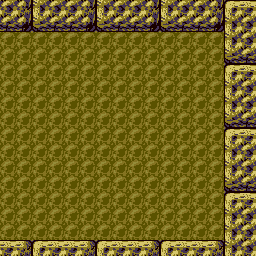 A placeholder room. It's after the room with the pipe leading to the boss. 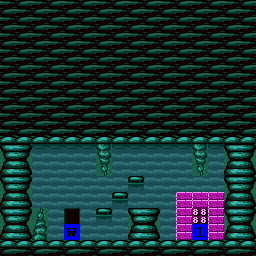 This room containing only a treasure chest (and Wario's starting position) is present in The Grasslands. The level already has the four other rooms with treasure chests. 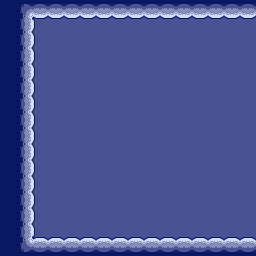 Another placeholder room. It's before the red chest room. 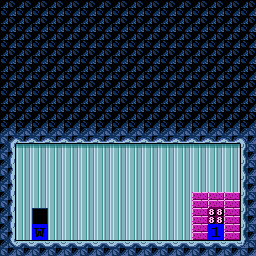 A simple chest room, again. Containing the same two objects of the other room. It's even in the same sector.

Both the earlier day and night variations are missing details in the background, along with the Music Coin.

The night variation is also missing the stars in the background.

There is a room that cannot be accessed during the day. A tile towards the upper-left and an enemy in the middle being moved to the right is all that is different.

Some cutscenes have different color palettes in the 3DS version. In the cutscene when The Steep Canyon becomes accessible, the flashes that occur during lightning strikes were changed to a dark gray (as opposed to white in the GBC version).