Super Mario 3D Land is like a high-speed 3D collision between New Super Mario Bros. and Super Mario Galaxy, featuring a reference to The Legend of Zelda. It marks the return of the Super Leaf from Super Mario Bros. 3, but instead of turning Mario into Raccoon Mario it turns him into Tanooki Mario (minus the statue ability, or at least until the player acquires the Statue Leaf which is available in the Special Worlds). There's also the White Tanooki suit which makes Mario invincible, seen after the player fails a course several times, and the P-Wing (also from Super Mario Bros. 3) which sends the player straight to the flagpole if they fail several more times. Oh, and players can accumulate 1,110 lives.

Got all that? Good.

The sound heard when Yoshi pops out of an egg or is mounted in Super Mario World and subsequent games. Yoshi doesn't appear in this game at all, despite being featured in the previous 3D Mario game.

In the 2011 demo version, this was one of the sounds heard when Mario jumped on a Note Block, as can be heard in this video around the 1:00 mark. The Note Block sounds were redone for the final game.

As Magikoopas never laugh in-game, this goes unused, but was later used in the next game.

The sound heard when Bowser talks to Mario for the first time in Super Mario 64 is in this game. However, only the second half of this sound is used. The first section remains in the game data as a separate file.

Put together, they sound similar (but not identical) to their Super Mario 64 counterpart.

This sound effect was used in Super Mario Galaxy 2 for the Flip-Swap platforms. It was replaced with a simpler sound effect.

A shorter version of the HOME screen jingle. It's called STM_BGM_JG_COURSEIN.bcstm. It also exists in the bcsar's wave archives as WSD_COURSE_IN. Its apparently an unused "enter course" sound.

This little Super Mario Bros. jingle isn't used. It was reused in Animal Crossing: New Leaf as the sound for putting on Mario-related clothing. It can be found in the wave archives as WSD_COURSE_IN_B. Its apparently another unused "enter course" sound.

A copy of the Super Star theme called StmDummy.bcstm can be found in the music folder. Super Mario 3D World also has a duplicate copy of its Super Star theme. This is technically used for some situations when there isn't meant to be background music playing, but the track isn't actually audible.

The model DemoObjectDemoCourseStartGhost contains a large and very exciting textureless white box. The prefix "Demo" indicates it was to be used in a cutscene. Specifically, the other models with names starting with "DemoObjectDemoCourseStart" are used for the scenery when the player starts a Castle or Airship stage. This indicates that ghost house stages were going to have intro scenes like in Super Mario World. In the final version, ghost houses use a normal stage intro screen with sounds of a slamming door and a laughing Boo. Also, unlike the used entrance cutscene objects it isn't listed as "to be loaded" by ResourceCategoryTable.byml.

Multiple byml files and the code file contain references to levels that do not exist in the final game. 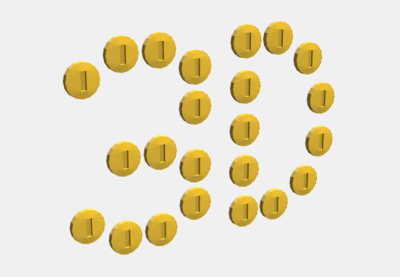 The stage Special 6-3 contains an unreachable area filled with coins that spell out 3D. It's a leftover from World 2-2. 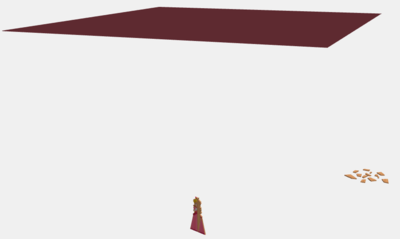 The stage Special 8-6 contains leftover objects from the World 8-Bowser cutscene. There's a wooden Peach, some wood shards, and an invisible barrier.

Super Mario 3D Land is named RedPepper internally, according to the bcsar filename and other data. This is also reflected in the game's two-letter code "RE" (i.e. Red Pepper or Red Pepper).