A remake, Mario & Luigi: Bowser's Inside Story + Bowser Jr.'s Journey, was released on the 3DS.

There's an unused item in the game named "DUMMY". Its design resembles that of the Life Shroom from the Paper Mario series. It restores 60 HP for Bowser when used. If used while Mario & Luigi are fighting an enemy that Bowser inhaled with the Vacuum Block, they will throw it in the air and it will explode, restoring Bowser's HP with its effervescent vapors.

Certain enemies in the game are only meant to be fought with either Mario & Luigi or Bowser, and the other(s) will never encounter it in normal gameplay. However, if hacking is used to encounter the enemies with the other character(s), you can see that their behaviors change:

Some enemies that can usually only be battled by Mario & Luigi after Bowser inhales them act strangely when Bowser fights them. 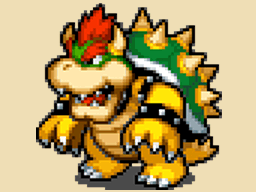 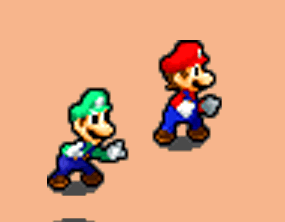 An image of Mario & Luigi that was also scaled up and stored with the maps. Its room ID is 0x0224. Seems to be a copy of their appearance from Partners in Time. It's also a bit blurry, unlike the Bowser sprite above. 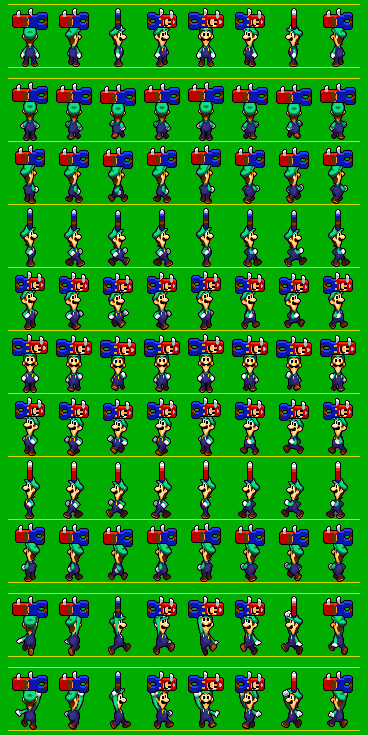 Unused sprites of Luigi carrying Mario shaped like a key, it is unknown what this form of Mario does.

Two duplicates of the battle music used for non-boss battles for Mario & Luigi can be found: 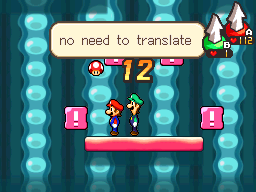 Like its predecessor, this game has a debug room based off the generic inside-Bowser battle background. Select a number, and Mario & Luigi will be sent to some places and cutscenes in the game. The Japanese version has description text, unlike the US version, which replaces them all with "no need to translate". Interestingly, in the Korean version the original text was added back, and uses the English alphabet and English words on occasion. 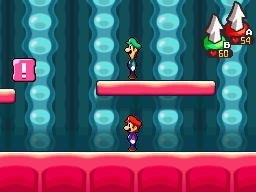 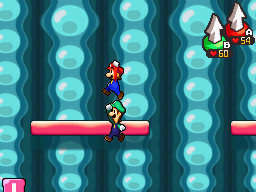 If the game detects it's a copy, it will force the game to have lots of issues unless the ROM is patched or a compatible flashcart is used to play it. Issues can also occur when running the game on older versions of DeSmuME if proper settings are not used. Issues include random freezing, forced black screens, forced softlocks, battles freezing (JP), no saving (?), save screen softlocks (USA) and possibly more.