Thirty-three years after the first game, they're still Bubblin' and Bobblin'.

Collision between players may have been planned at some point. It was likely cut due to some levels being claustrophobic, which wouldn't go well with 4 players. All that remains are these animations.

The player walking with their arms up. It seems that there were plans for objects to be pushed around.

These two animations would have played during the game over sequence. It was probably cut for being slightly creepy. 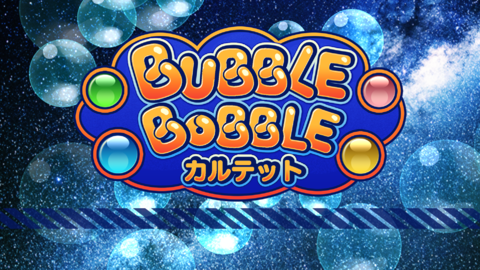 The Baron is Back! 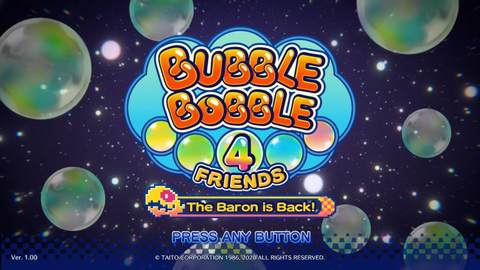 Released on November 17, 2020 alongside the PlayStation 4 release, this update adds in the "The Baron is Back!" game mode which was included with the Switch version as free DLC. To coincide with this update, the title screen was changed. 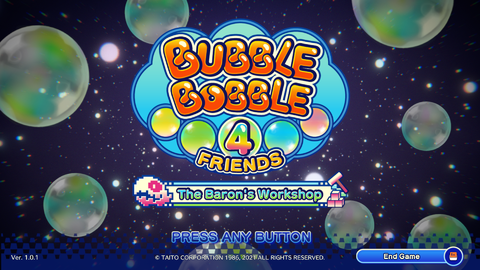 A Windows-exclusive version of the game, released September 30, 2021 on Steam. This version contains a level editor and once again changes the title screen.