Doom, commonly referred to as Doom 2016, Doom 4 and stylized as DOOM, is a reboot of the 1993 game of the same name, featuring a full-fledged campaign, numerous multiplayer modes, and a built-in level editor.

The original production of the game got scrapped and the project was completely re-done. Evidently, a small amount of that version's content made it into the final release.

Luckily for us a lot of dev-related files were left in the release.. including the lists used for the developer level select menu! (Found under generated/decls/devmenuoption/devmenuoption/ inside the resources file.)

A lot of the maps listed in them are boring tests/prototypes, but some of them sound like actual maps, and may have even been from the earlier Hell on Earth version of Doom 4!

Interesting-sounding maps have been listed here, test maps etc. have been skipped to save time (if someone wants to add them feel free!)

Unknown what vsp means, but there's a few maps listed here that seem to be related with the released campaign:

The name (and contents) of this list gives a hint that these maps belong to the older, scrapped Doom 4 campaign.

Mini-doom, the campaign where Doomguy is 6 inches tall! Maybe, I dunno.

Along with still including the maplists for the Gameinformer, E3, Xmas and even Conan demos (along with special map configurations for each one), there's also this map listed in the xmas_demo list which isn't included in the released game:

Other than the lists, small bits such as layer definitions have also been left in for cut maps, which as a side-effect also give us the names of them:

Thanks to a recently released tool, users now have access to (almost) all the commands from id Tech 6, allowing commands like "give" to be used, and when combined with the scripts found inside the resources file, a few unused modules and weapons can be found, some of them working, some of them not.

The BFG was supposed to have a few modules, each with its own effects and power; the perks table is present on the BFG weapon decl file, but are unused. The modules are:

This also confirms the theory of the BFG being used as a normal weapon instead of a "powerup" at some point in the game.

Some scripts have also been found, probably leftovers from early indev versions or from the canceled DOOM 4.

As expected, this game has a decent amount of unused models that range from interesting to just strange.

Located in "generated/basemodel/md6/player/human/base/assets/mesh" is what looks to be an early Doom marine helmet modeled after its original concept art: 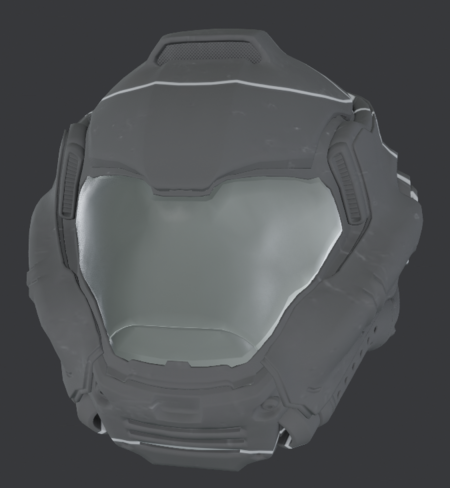 Located in "generated/basemodel/md6/characters/humans/male_rage/player_coop/assets/mesh" implying to be a leftover model from Rage, also shown as a player model from the earlier Doom 4 Multiplayer component: 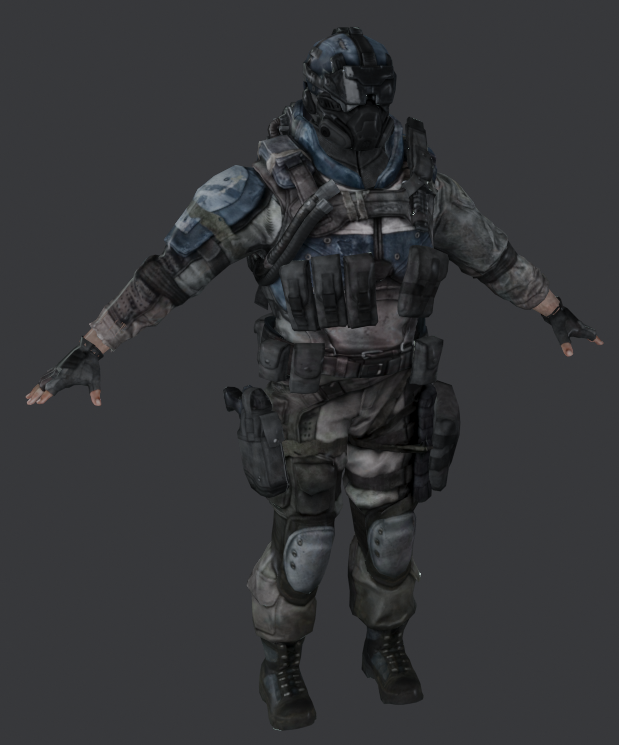 Located in "cooked/model/models/weapons/assault_rifle_3/" is an assault rifle:

A variant of this rifle appears in "generated/basemodel/md6/objects/weapons/assaultrifles/assaultrifle", which does not include the sight:

Located in "cooked/model/models/weapons/grenade/" is a grenade used for the early Doom 4: 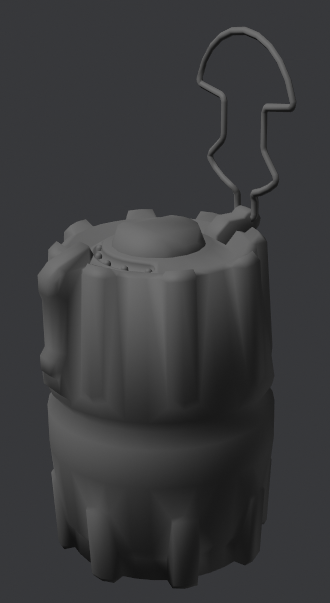 Since its purpose is unclear, it could have been a placeholder to develop the usable grenades for the final game.

Found in "generated/basemodel/md6/objects/weapons/mp_weapons/" is a nailgun.

Its design resembles a weapon of the same name in Quake, so it's likely that this is either leftover from a Quake-themed project, or they wanted to combine the arsenal of both Quake and Doom. In further inspection, the model appears to be a heavily modified version of the early Doom 4 grenade launcher model.

Found in "generated/basemodel/md6/objects/weapons/mp_weapons/" is a weapon that calls itself a "magnum."

It looks to be some sort of harpoon gun.

Found in the same folder as the "Magnum". 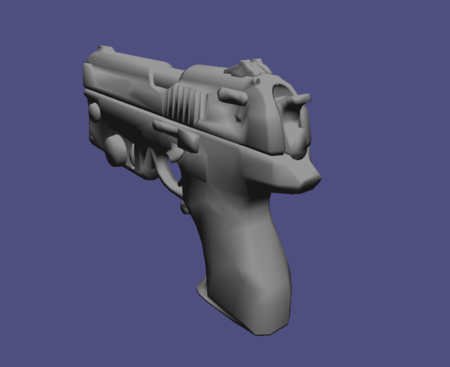 A more traditional pistol, also visible in the "push-forward combat" animatic used to justify the project reboot. As such, it's probably a left over from the first version of the game.

Located in "cooked/model/models/weapons/weapon_crate_01/" is some sort of weapon crate: 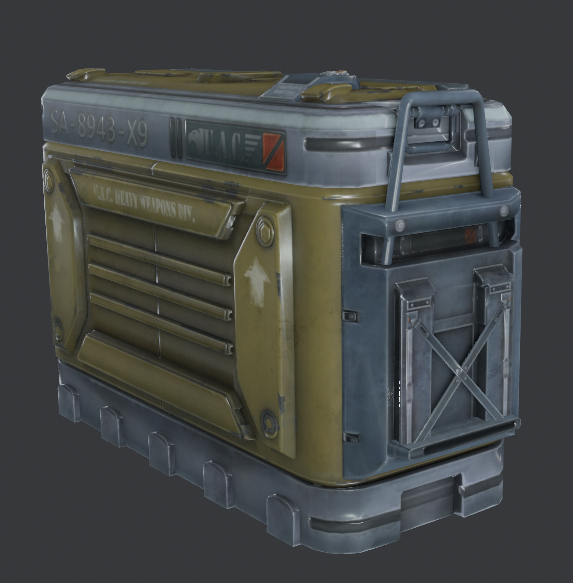 This doesn't seem to be the one used in-game. The final model is wider on the sides.

Located in "cooked/model/models/pickups/" are various pickup models that don't appear in the game. 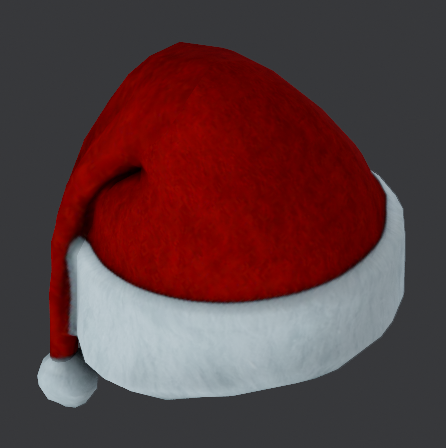 A Santa hat. Note that this might become used when Christmas rolls around. 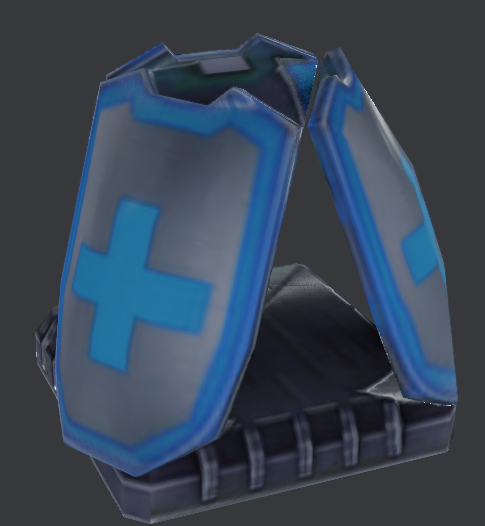 A model named "placeholder_armor_custom". Obviously a placeholder for some sort of armor pickup. 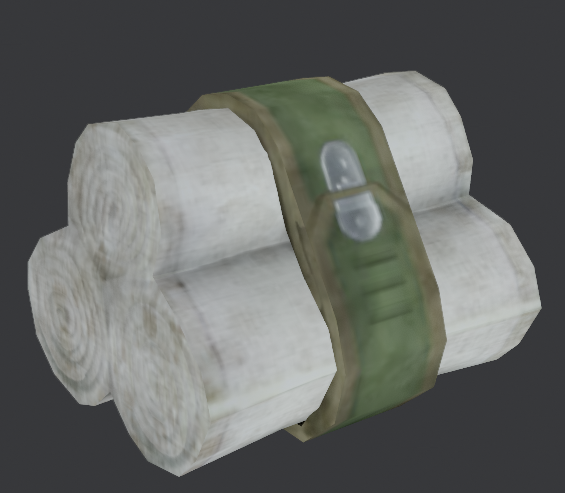 Located in "cooked/model/models/test" are two pickup models which might have been used in the early iteration of the game. 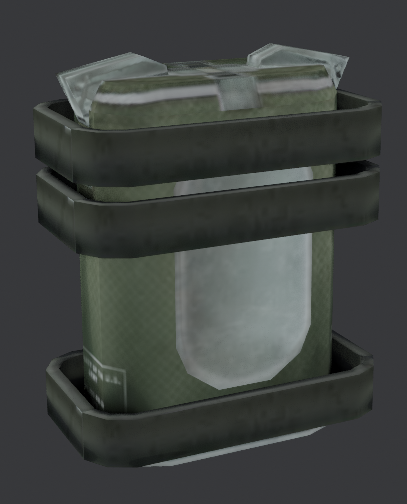 This one is labeled ammodrop_lg - "lg" likely stands for "large". 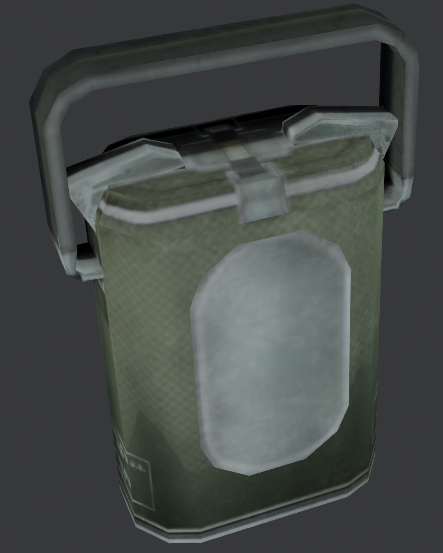 This one is labeled upgradedrop_sm - "sm" likely stands for "small". Shares the same textures with ammodrop_lg. texture sets use the name "MRE".

Located in "cooked/model/models/characters/player/" is a hand model: 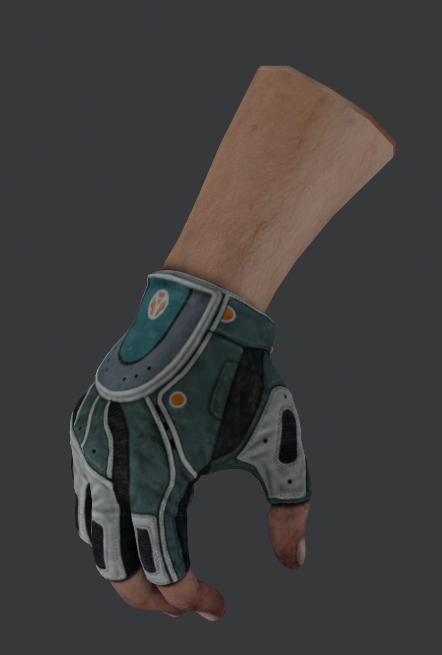 This is a leftover from Rage, another game developed by id Software.

For reference, these all use the proper filenames from "base\sound\soundbanks\pc\soundbanksinfo.xml". A script can be used to rename files extracted from the WWISE archives for ease of browsing.

These all sit in the root of the SFX folder after everything is extracted and sorted under the proper filenames.

Goodbye Horses - Q Lazzarus.wav is, unsurprisingly enough, the 1988 new-wave hit, presumably used as a placeholder by a really big fan of Silence of the Lambs.

Files starting with D4_QuakeCon_ are, as the name suggests, left over from the 2014 closed-door reveal at QuakeCon. The D4_QuakeCon_Chainsaw_WIP_v3_ tracks, notably, are a quite early and very different version of "At Doom's Gate" without any guitar - it's all distorted synths.

"D4_QuakeCon_Arena_Part01". This tune made it into the final game as the hell guardian theme, but was slightly modified prior to release.

This particular track can also be heard in the E3 2015 demo, when the player picks up the chainsaw. Fittingly, the file is called "D_QuakeCon_Chainsaw_WIP_v3".

Some of the files, for unexplained reasons, contain voice acting (either unused or alternate takes) without the vast array of post-processing filters specific to those characters.

sfx/sp/origin/ contains versions of one of The Origin's Snapmap Speaker lines, except quieter and without any filters. The real lines are in dlc1/origin/.

Similarly, sfx/demon/, has two similarly quiet and unfiltered versions of one of the Demonic Voice's Snapmap lines.

"base\sound\soundbanks\pc\English(US)\streamed_vo_dlc3.pck" (added in the December 7 2016 patch) contains a sizable amount of placeholder VO. Their filenames in soundbanksinfo.xml start with things like vo_snapmaps_genericfemale1_ and vo_snapmaps_genericmale1_, pointing to these likely being intended for generic character voice-overs for campaign-style Snapmaps. Additional placeholder VO is present starting with vo_vega_dlc3_arcademode_, and it appears to be placeholder versions of VEGA's arcade mode voice-over from before VEGA's voice actor was brought in. Why exactly this was added after Arcade Mode was finished and released is unknown.