Running the game with the "/NWC" parameter enables debug menus in the world map and Town/Castle screens if the game is run in windowed mode. 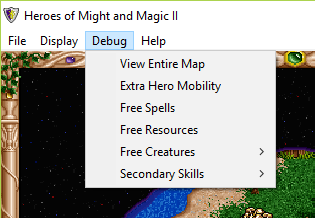 The options are pretty self-explanatory. The Free Creatures and Secondary Skills have sub-menus enabling the player to add them to the currently selected hero for free. Free Spells also gives a vast amount of spell points. 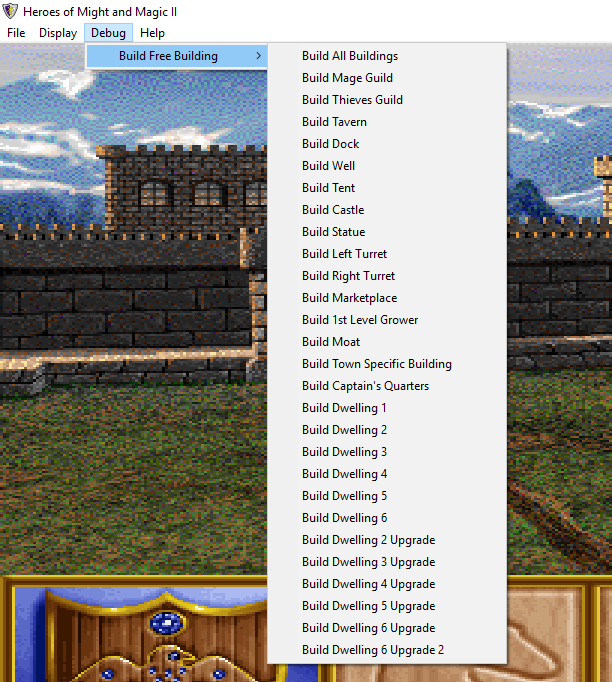 Again, most of this speaks for itself. However, Build All Buildings doesn't complete the Mage Guild; it only builds the next level of it. Likewise, Build Mage Guild constructs the next level, and it can be used consecutively to get all five levels. Docks cannot be built in Towns/Castles not adjacent to water.

The Price of Loyalty expansion disc came with different town music on the Red Book part of the disk. All 6 types of town were changed. Since the GoG version of the game does not have CDs, the files for both the Succession Wars and Price of Loyalty town music are included with the game, with the PoL version being the default ones. This does not affect the Midi version of the files, which keeps the SW versions all the time.