pop'n music Animelo 2gou is the second of two anime-focused releases of the rhythm game franchise. It is infamous for having a triple note modifier, in which some songs become near impossible with it toggled on. Ever heard of sheer button-pressing torture?

Files BOWLING.GCZ and BOWLING.XCZ contain a slightly cut-off mockup screenshot of the Bowling mode introduced in this game. Notice how the graphics are of Tiger Mask while the lyrics are of Combattler V no theme (the latter of which is not even in the final game!) 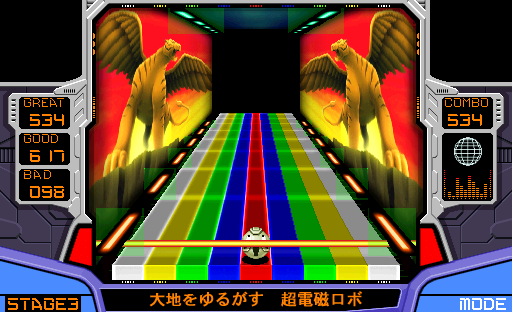 Files NON_4.GCZ and NON_4.XCZ contain a placeholder image consisting of the background of the song Tongari boushi no Memole, but with the word "おつかれさま" (Thank you) crudely drawn on top of it. 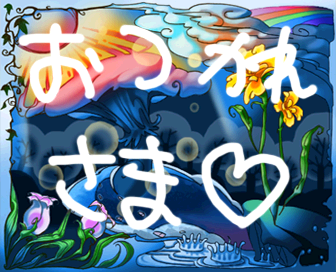 The game's security strings, present in offset 0x8B0BC of a decompressed FIREBEAT.EXE all consist of lyrics of anime songs present in the game.

A build date can be found in the title of the main program ISO:

In early version, press 1496149614961496 in title screen after deposit coin, NONSTOP MODE will be appeared. This mode was deleted in later version.

After 5 years from first boot up,The license will expire, and some graphic will be replaced with other graphic.