Like other EA Sports games on the Genesis, several functions have their original names present. They can be found after each corresponding function's last instruction (typically rts). They can be recovered with a Ghidra script. 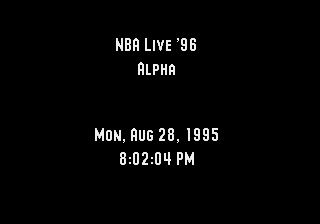 An unreferenced build version screen contains a compile date, which can be found in the ROM at A1D62. This screen can be forced to load instead of the license screen, by following these steps with a debugger: 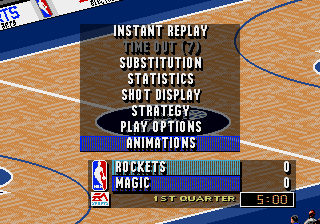 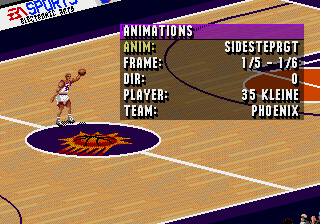 To access the dummied out debugging menu, we can restore its entry to the pause menu. It is shown when a memory variable checked at FFEFB3 is toggled at 0B835C. However, some conditional branches need to be patched out with nop instructions, in order to reach the toggle address:

If these patches are directly applied to the ROM, then a fail case branch will be taken in a checksum verification function. That branch must also be patched out:

This menu is also present in Coach K College Basketball.

At ABAA6, there is some text that seems to be associated with a debug menu.