An animation of Daffy hitting his head on something from above. This animation went unused in the final version of the game, along with a mechanic that plays this animation whenever Daffy hits the ceiling when jumping fast enough. Using Game Genie codes RE8T-C6VL and RE8T-C6VN with the retail ROM will restore this unused mechanic.

Matt Furniss' rendition of "Hooray for Hollywood", used as the level select music in the prototype of the game. According to Furniss, this track was probably cut due to licensing issues. The retail version ROM still has this track buried inside, though inaccessible through the music test menu. Using Game Genie codes AVLA-AAEC, AVMA-AAGJ and AVNT-AAAR with the retail ROM will restore this unused tune as the level select theme. 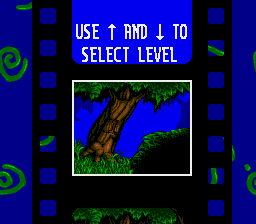 Press B, A, Down, Left, Up, C, Down, Up, C at the title screen to activate cheat mode. Pressing Start on the film roll screen will now alternate between all three film rolls. It will also freeze the timer at 99 seconds, and pressing A + B + C + Start during gameplay will take you back to the film roll screen. The cheat mode also makes Daffy unable to die from the fiery figures in the Robin Hood Daffy stages. 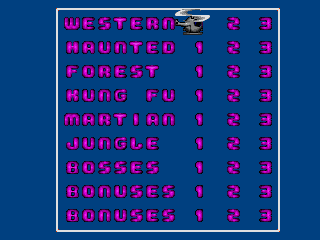 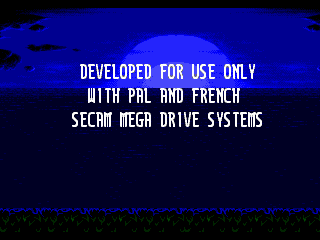