Nine prototypes from December 1994 were leaked onto the Internet on February 23, 2008 by drx. These prototypes, among many other, originated from one of Sega of America's QA archives.

Pressing the Z button will bring up debug mode. 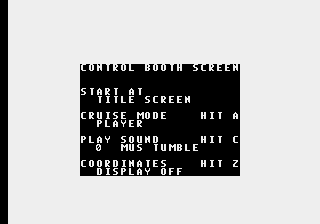 The BlueSky Software logo has a different background.