Taz is a game of firsts; it happens to be both the first (released) Looney Tunes video game and the first Asterix game. It's also the first Atari 2600 game where the developers were credited on the box, due to the game's developer threatening to quit his job unless it happened. 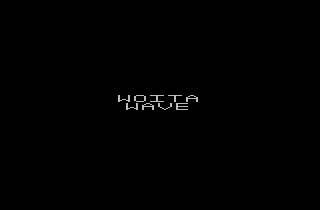 At the title screen, press Select 22 times, and then press Fire to start the game. Get 32,500 points, and when the Crazed Wave screen appears, holding down Fire will change the text to Woita Wave, after the game's programmer Steve Woita.

This hidden credit cannot be accessed in Asterix.

Taz was given an Asterix-themed reskin for its European release. For whatever reason, the screen was lowered by a pixel in this version.

Apart from a new drawing of Asterix and the addition of a Goscinny-Uderzo copyright, the brown color was changed to green.

Obviously, the character and item graphics were replaced with new sprites. Taz was replaced with a crude, static image of Asterix's head, the food with Roman treasures, and the sticks of dynamite with Cacofonix's lute.

The Crazed Wave mode was renamed to Obelix Wave. During this mode, Asterix fittingly changes the player's sprite to Obelix's head. No such sprite change happens in Taz.