In Tweety Saves the Day, Tweety's friends (including Huckleberry Hound for some reason) have caught the flu and it is up to him to save the day...by going all around the planet while throwing hammers at cats.

Text saying "TEXT", most likely as a placeholder. Oddly enough, it is actually a sprite, and not actual text (see below). 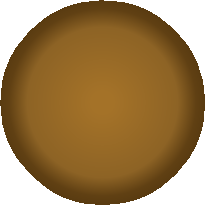 A brown circle with light shading. This is actually used as part of the ground, but it is overlaid by another circle. This is most likely because of it being soil.

While Marvin the Martian is in the game as part of the intro cutscene, One of his shoes is left partially unseen from normal view.

If the game's .swf file is decompiled, it is revealed that all of the text in-game, including the aforementioned "TEXT" text, are actually sprites, and not actual text.