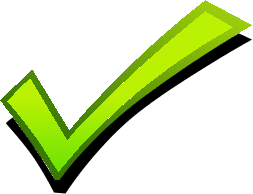 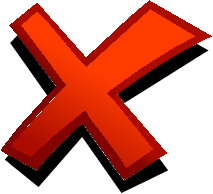 Sprites of a checkmark and a crossmark respectively.

Possibly intended for the Looney Tunes intro scene that appears before the title screen.

Sprite 707 seems to be a header for a supposed "InputManager", which might be a debug mode. It's unknown whether the code for it is still in the game, or if it has been removed entirely.