This page details one or more prototype versions of Resident Evil 3: Nemesis (PlayStation).

A promotional disc only released in Japan. It is not playable: the title screen idles and the two introduction FMVs play on a loop. Despite this, some data is on the disc, unused. 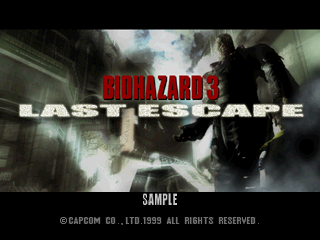 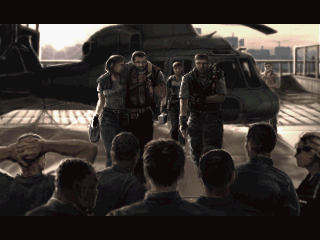 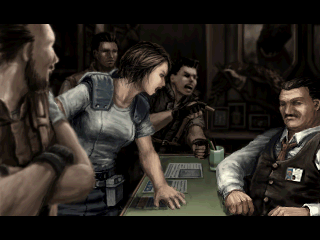 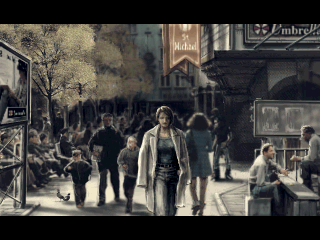 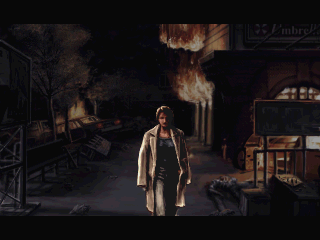 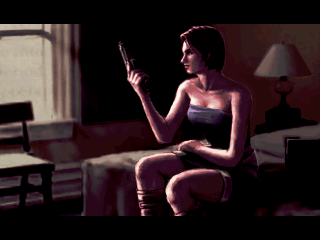 Background images meant for the intro of the game. The first four images did not survive the final version and the last image is an early version of the one in Opening1.dat. Presumably it would tell the story of the Bravo Team members surviving the events of Resident Evil (first screen) and trying to convince Chief Irons to act against Umbrella (second screen), before moving on to what is told in the final version's intro (last three screens). In other words, Opening.dat would be a first version of the intro while Opening0.dat and Opening1.dat whould be a later revision.

On the first image: both Barry Burton and Rebecca Chambers can be seen surviving the events of the first game, something that can not be achieved in the game itself. This image would have helped established a canon for Rebecca's fate which was kept unknown for some time.

On the bottom right of the third image: Tim Robbins and Morgan Freeman straight out of The Shawshank Redemption.

The first part of the second version of the intro. The layout is very similar to final as the three background images would pan just like in the final; though the images themselves differ radically.

The last part of the second version of the intro.

An early version of the end game credits. Only the first and last images have been uploaded here but the entire credits differ.

Another version of Jill's epilogue, in a state which is in between the two versions found in the final game.

Note that at this point the other epilogues don't exist, and Jill's epilogue (earliest version) serves as placeholder for all of them. This would explain why that early version can found in the final game unused.

Early versions of the alternate costumes, in a state which is in between the two versions found in the final game.