From The Cutting Room Floor
Jump to navigation Jump to search
This page contains changes which are not marked for translation.
Other languages:
English

I'm sure you boys didn't just tag along so we could sing "Kumbaya" together at some Boy Scout bonfire.

Then again, maybe you did.

Present in the Cmn folder are early versions of the pre-rendered graphics. Some of these are just sketches.

Additionally, there are two concept sketches that don't correspond to any pre-rendered graphics in the final game. These are not present in the Cmn folder and can only be found in the Eng folder.

Resident Evil 4 includes only a single memo from the castellan.

The pre-rendered backgrounds of some of the game's various notes feature earlier versions of their translations, occasionally with wonky English.

In each instance, the line breaks in the final translation have been altered to match the text in the pre-rendered image for easier comparison. 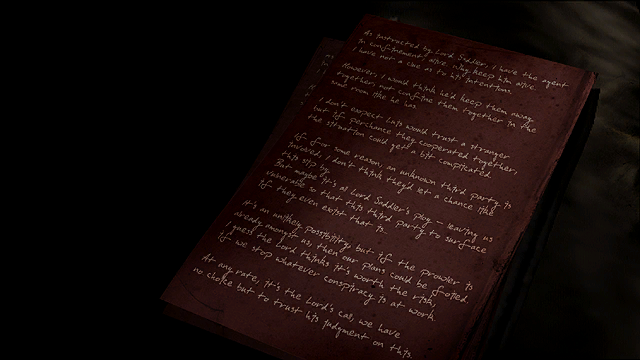 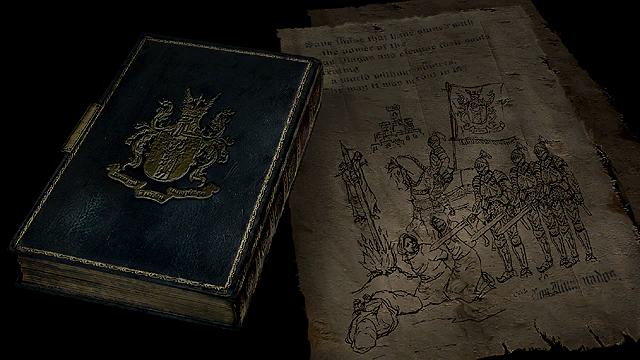 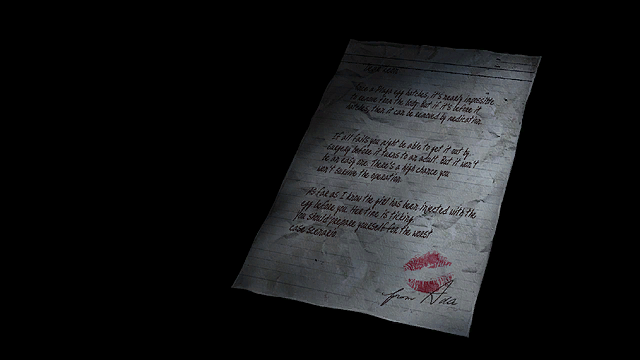 Inside the omk_r0.dat file there are some placeholder textures for the Mercenaries mode.

Only present on the GameCube versions during Chapter 3-2, there's a cinematic that never got used that was to be the introductory cutscene for the wingless version of the Novistador enemy in the sewers. For whatever reason, the cinematic's trigger was moved far out of the sewers' play area. It's possible to trigger it through an out of bounds glitch or No-clip code, however. The trigger was removed in all later versions of the game.

There is an invisible functional ladder that goes unused in the final version of the game. To get to it you must have an Action Replay and a No-clip code.

During Chapter 5-3 just before the knife fight with Krauser, Leon would normally have to take the elevator up to him. However beyond the fenced out area below the platform above, there are two steel pillars with an interactable "CLIMB UP" icon between them, though with no visible ladder. This ladder may have been the way you needed to go to get to Krauser in early versions of the game, but later was changed to an elevator. The ladder only takes you to about the height of the second platform that Leon and Krauser fall onto during their QTE fight.

This ladder trigger is present in all regions of the GameCube, PS2 and Steam (UHD) versions of the game. It is not currently confirmed if it is also present in the rest of the many ports of this game, although it’s highly likely to be in the console ports.

In the lake area with the lake monster there is a trigger hidden out of bounds, if you trigger it you will be skipped to the next chapter and also skip the "Save Game" prompt. It is unknown if this trigger is used in the final game or if it was a leftover from a old version of the game.

There is an unused camera angle in non-Japanese releases that is still accessible via a no-clip cheat code.

In Chapter 4-1 where you play as Ashley, in the area where the Armoured Knights and sliding plate puzzle are, all the way down to the last room and on the right hand side wall of the statue you get the “Salazar Family Insignia” there is a table and chair. Walk right into the table and chair and then the camera angle will change to a more original Resident Evil fixed camera angle that follows your player.

This leftover camera angle is fully present in every Japanese version and port of the game, as the entire Ashley segment is played with traditional Resident Evil camera angles, but was changed to the normal over-the-shoulder view for the rest of the world for unknown reasons.

A cage door that isn't in use in Ashley's Segment

In Ashley's segment, in the room where you insert the crest to escape, there is an unused cage above the stand that has no function. It is possible it was meant for a trap at some point but was later removed and the cage door was just left there.

An odd marker with Salazar's face on it.

In the shooting Gallery, underneath the door you enter is a creepy pink marker with Salazar's concept art on it. 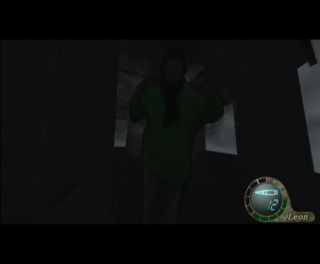 Immediately after Mike's Chopper is shot down during chapter 5-4 and entering the next area, there's a strange 2D texture showing what appears to be a human character just standing out in the distance, viewable in game without cheats by aiming a Rifle with a Scope attached towards the building in the distance. This figure appears to be based on a photograph of someone working on the game, and goes completely unused in the rest of the game

The debug menu included with certain versions contains strings naming all the different global flags used by the game, however it's been noticed that some of these names don't actually match up with what the flag gets used for, and symbol files have revealed that the flags were actually renamed at some point from the names shown in the debug menu.

Some of these outdated strings could be remnants from the older Hookman version of the game, or other prototype versions, giving us a very tiny glimpse into how those versions worked, along with some of the map IDs used by them:

The Japanese version is heavily censored in general:

In terms of violent content, the European versions are identical to the North American version. This is with exception to the German version of the game.