A port to Windows of the PlayStation game. It contains the extra content of the Dual Shock Version, a new Hard difficulty setting, and offers both the Original and Arrange game modes which lets the player choose between the easier Japanese version and the more difficult western version of the game, something which previously was only possible in the Japanese Dual Shock Version. There is also a Gallery containing 3D models and a lot of concept art.

The original Windows version was developed in-house by Capcom. A second version by Sourcenext was released only in Japan in 2006, targeted for Windows XP compatibility and containing higher-quality FMVs.

A few leftover backgrounds which are not present in the PlayStation versions, the Nintendo 64 version, or the PS1 prototype versions. 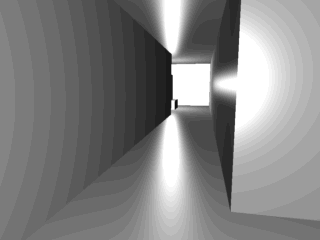 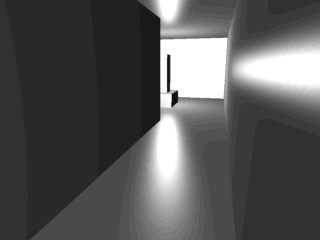 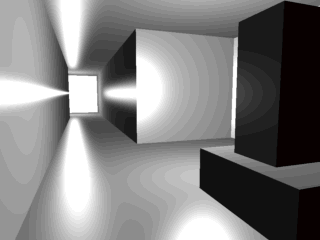 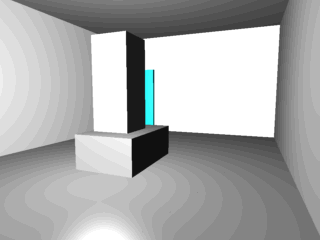 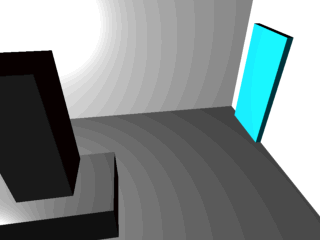 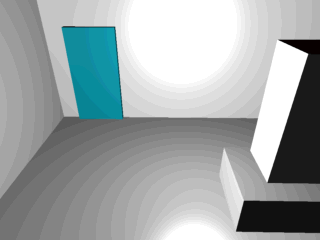 A very early version of the RPD 2F corridor with the puzzle involving statues which rewards a Red Jewel. Note that there is only one door. 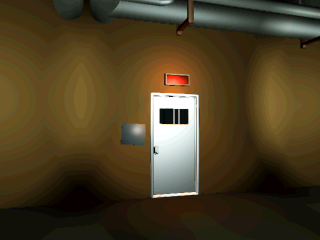 An early render of the door at the back of the basement parking room of the RPD. The camera angle differs from final.

Just like with all re-releases of the game, some background details were changed or deleted, presumably due to their likeness with a popular brand of soda. However, while those soda related details are gone in most rooms, they are still present in the RPD parking room and on a single camera angle of the RPD 1F east corridor (despite said details being gone in other camera angles depicting the same object in that room).

This, along with the above left-over backgrounds which don't exist in other versions, and the fact there are also left-over unused rooms which match with the demo versions, may be a clue this version of the game was made based on some non-final material.

Just like the PlayStation Dual Shock version and the Nintendo 64 version, the Windows versions have a cheat code to turn on unlimited ammunition. However, the code differs: 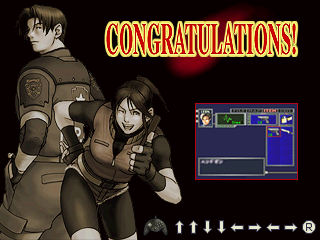 This screen appears after completing the game under certain conditions, it is exclusive to the Windows versions. In the other versions of the game cheat codes aren't hinted at anywhere in-game.