Puyo Puyo Fever is the fifth entry in the Puyo Puyo series and the second one to be handled entirely by Sega. Feeling the series was getting a little stale, they decided to ditch the current cast (sans Arle and Carbuncle) and introduce a whole new cast of zany characters. It's notorious for being badly translated and voice acted for the English release. Oh, and it's been released on virtually everything that is capable of playing games (except for the PlayStation).

It was also the last game that Sega released for the Dreamcast, and by extension the last game Sega would release on their own console. This game truly marked the end of an era.

For a game with not a lot of graphics, there is surely a whole ton of them that go unused.

Some textures from the arcade version were left to go unused in the Dreamcast version. All of these have an English equivalent as well, which not only goes unused but was never present at all in the arcade version. 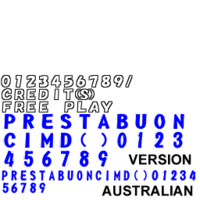 The text "AUSTRALIAN" and "VERSION" is never used. Additionally, most of this image goes unused in the Dreamcast version; only the big blue text is used.

Every cutscene in the game contains a low-quality low-resolution background in the same file as the other textures used for that cutscene. Higher quality versions were used in the prototype. The final game uses a different file for its cutscene backgrounds leaving these unused. While most of these backgrounds are the same, some of the unused ones use a filter that can be seen in some pre-release screenshots and the arcade prototype. 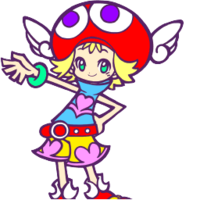 An earlier version of Amitie's main menu image is present in the game's files. The final version just uses her character select image for this task. 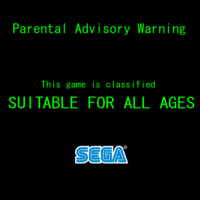 This image, typically used by Sega arcade games released around the time of this game's, is never used. Kind of ironic that this game is suitable for all ages though, considering the GameCube and DS versions were tagged for mild language. 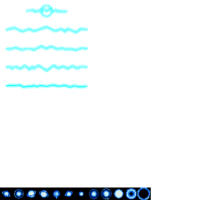 This texture is only present in the arcade version's game files and even then it goes unused. The graphics seen at the bottom are actually from Puyo Puyo~n. It's possible the game may have used some graphics from it until new ones were made.

Oshare Bones has an animation that goes unused in all versions except for the GBA and DS versions. If used in-game it would have appeared as his final chain spell. It's possible it may have gone unused due to a mistake. In the game, each character has their spells attached to an animation; usually they go 1 - 2 - 3 - 4 - 5. Oshare's for whatever reason is 1 - 1 - 2 - 3 - 4.