One of Capcom's polished Disney games. 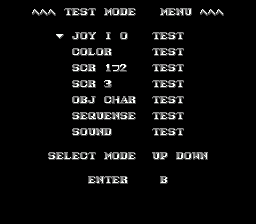 Use the following game enhancer codes to access it on bootup: 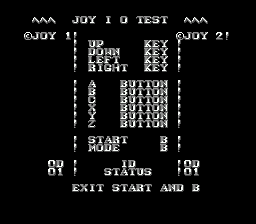 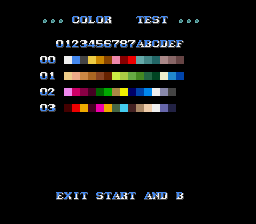 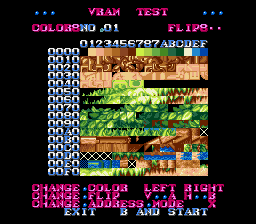 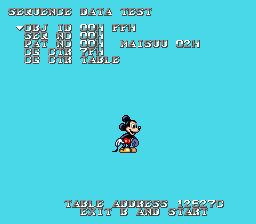 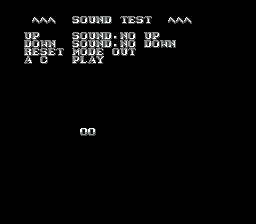 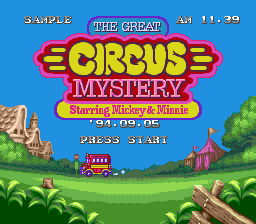 A build date from an earlier version. To view it, use Game Genie G6WA-HA9G or Action Replay code 0324E6:7037 and allow the title screen to load on its own without pressing any buttons.

This text appears at 53B68 in the US ROM and 5B350 in the Japanese version. The region tags are different between regions, of course. This same text also appears in the SNES version of the game.

This text appears at the very end of the ROM. The Japanese text translates to "master", signifying that it's the final version of the game.