Angry Birds, brought to you by... Heikki Kovalainen and F1!

Various textures from Angry Birds Coca Cola are present in the package files, a title released about two weeks ago.

Unlike almost every other Flash game, this one removed the references to all debug keys along with their related code in all releases. As usual setting DEBUG_MODE_ENABLED in the AngryBirdsFP11 and AngryBirdsEngine class to true enables it. Only a debug display of the FPS and Box2D is pretty much the only thing left for debugging here. 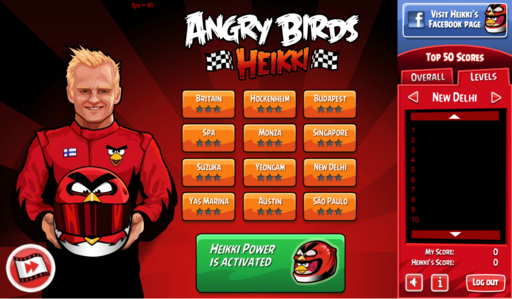 The game is internally called Heikki, who would've guessed.