Originally known as Angry Birds Halloween, Angry Birds Seasons basically takes the formula of the original game but gives each of the chapters the theme of a particular holiday or, of course, season. The game was also included in Angry Birds Trilogy on consoles and the 3DS. 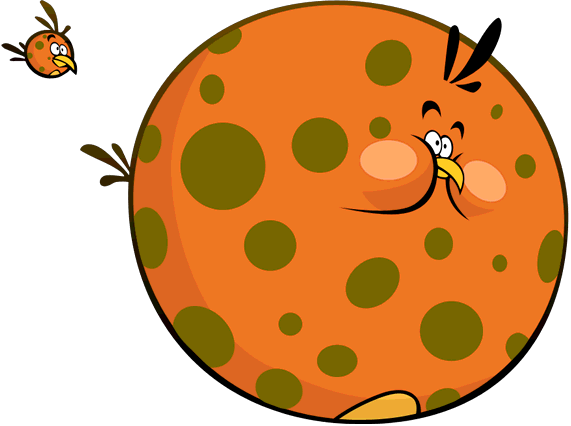 An early version of Bubbles found in version 1.6.0. This version has darker feathers with dark green dots and a yellow belly. 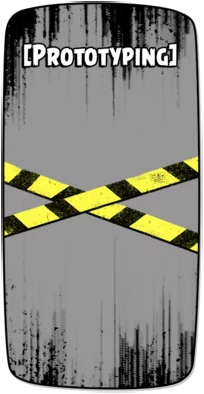 An icon for a prototyping episode, likely used to test levels before release.

Leftover text from the iOS and Android versions.

An unused bird from version 1.6.0. This birds ability is similar to the Blues, splitting into 3 when used, however they explode when touching an object. BomBom uses sounds from the Blues as a placeholder.

Like almost any Angry Birds game built with Lua, the credits page often shows debugging info: the Cloud data URL is shown as well as the customerString.

The "Wilhelm Scream", with an echo.

This official build was released by Rovio after the Coming Soon! sign was removed.

Improved quality of sounds and music.

Six backup scripts of gamelogic.lua are present in 1.4.0 specifically for the iPad release with a .bak* extension for each revision, free of encryption. Unlike the original script, these ones are completely uncompiled, providing comments you wouldn't see in the original. The first three and fifth are identical while the 4th and 6th are different to the before but identical to each other.

The file, config.json is present in v3.1.1 for Android and automatically "cooked" for the game but the file has no references. Unlike the file in Classic, it has build information, most likely from a internal build tool.

v1.1.0 for Android left a file called MySurfaceView.java.bak in com/rovio/ka3d, a leftover folder at the root. It seems it's from a proprietary version of the Ka3D engine. App compilation dates suggest it's around December 12 of 2010.

The Chinese version left two scripts from internal development, they try to call a external Python tool, the .sh is likely for extra developers on Linux.

The internal name of the game is Linnut Halloween, Linnut is roughly translated to Birds while Halloween is self-explanatory (with or without Rovio and/or Angry), according to the build path of older releases of the game. [1] [2]