(NOTE: To use patch codes, use 352:4E71 and 354:4E71 {both versions} to bypass the checksum. Optionally, in the Japanese version only, add 37E:4E71 to bypass the region lockout, which is already bypassed in the European version.) 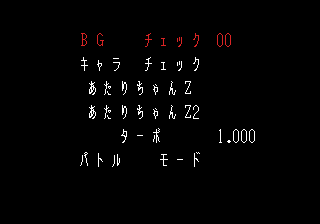 Viewer for the stage backgrounds, camera can be moved freely around the map. 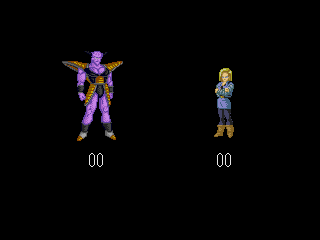 Character sprite test. (Note: some sprites might be cut off at the top of the screen due to their large height) 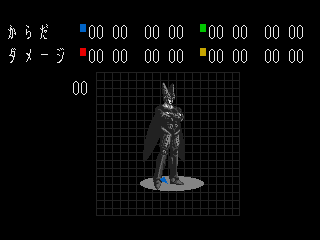 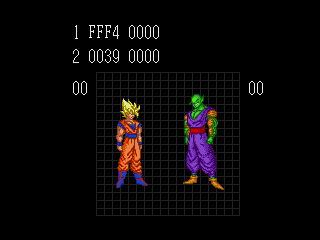 This might be some sort of tool used for knowing where to map sprites out for animations using those 4 digit numbers above.

Doesn't seem to be a palette editor, game locks up after selecting stage in the game setup.

Goku wiping his mouth, could have been used for an idle taunt animation.

Sprites of Recoome doing a pose that was seen in the anime and another one being some sort of grab/throw attack.

Frames of Trunks slapping his fist against his palm as a taunt. Another sprite appears to be some leftover frame for an attack.