A prototype of the game was found and bought by Princess Ryan. This build appears to be have been close to the end of development, with the movie characters Broly and Janemba (noted by the developers to be late additions) having just started being implemented into the game, and with most of the game completable without any serious issues. However, due to the game's very short and rushed production cycle, there's still a large number of notable differences between this build and the final game. 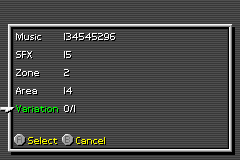 A debug menu is present, and can be accessed from the title screen (by selecting the Start option) with the Codebreaker code 0800528C:08043218. Some of the values are corrupted when viewing it for the first time and can crash the game when trying to access invalid IDs for music or maps. To fix this, enter the options menu and try viewing the debug menu again.

Almost every map in the game, including variations based on game progression or cutscenes, can be accessed through here. In addition, there is a full sound test, featuring a couple of unused songs (IDs 2 and 52). Be warned that you will enter every map at the base level for Goku (50) without any equipment, since there is currently no way to access the debug menu from within a save file. 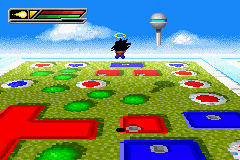 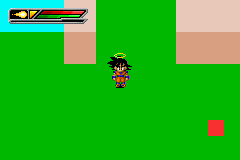 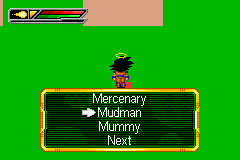 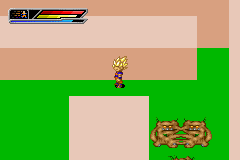 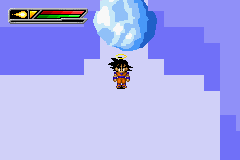 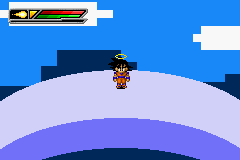 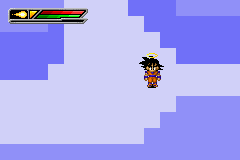 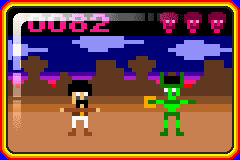 Track goes unused in game, but is based on the Bruce Faulconer track "Turned To Stone".
It may have been intended for the cut content planned for Zone 26.

Slightly glitched version of the airship theme, with white noise captured before each track loop.

Track goes unused in game, but is based on the Bruce Faulconer tracks "Mystery of the Z Sword" and "Turned To Stone".

While they wouldn't survive to the final game, their scouter entries and enemy names still exist! While the enemies themselves are mostly complete, featuring full animations, multiplying to spawn more of themselves, and having ability to shoot mud balls, their hitbox is either corrupted or unfinished, being much smaller than their sprite and making it extremely difficult to actually attack them. 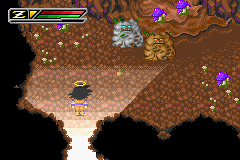