Dragon Ball Z: Budokai 2 is the 2nd game in the Budokai series and the only one in the series with what-if fusion characters Tiencha and Gokule being playable along with unique Super Buu absorption forms (Vegeta, Frieza, Cell, and Tien and Yamcha simultanaeously.) 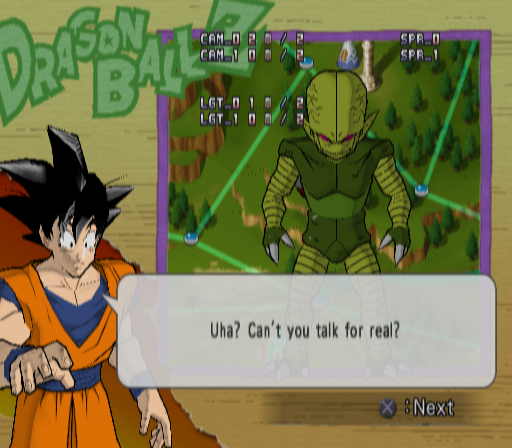 Applying the below code will enable camera information before fighting an enemy on the world map. 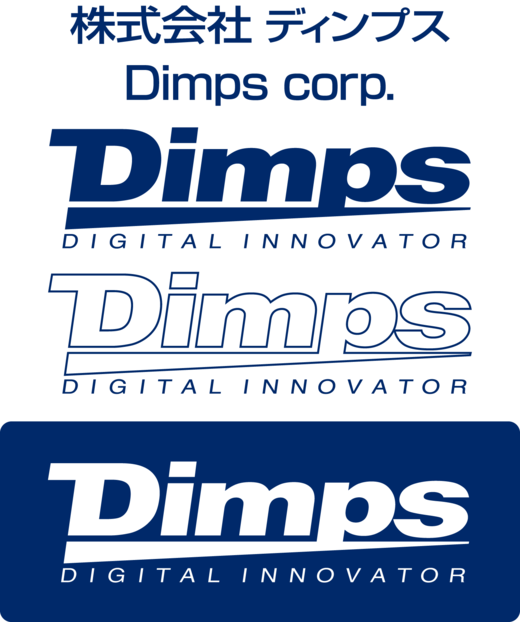 On the root of the disc is a file named DUMMY.DAT. The first 8MBs of the file is this raw bitmap image of the Dimps logo. The rest of the data is padding.

In Stage 5 and 6, Babidi appears as per the main antagonist for the first half of thr Buu portion of the story mode with his own dedicated board piece, but is always placed in areas where Goku and allies can't reach him, being placed behind Buu's cocoon in the former and Majin Frieza and Cell in the latter and is killed off in a cutscene when he retreats into the upper half of stage 6 by Buu. By hacking however, it's possible to "interact" with him. Due to developers not quite anticipating this encounter, the fight with "Babidi" has no programmed confrontation dialogue and immediately skips to the Battle screen, with the opponent being Dr. Gero/Android 20 as a placeholder for him to function. Defeating him offers no rewards.

The Japanese version of the game, Dragon Ball Z 2, released after the US version, contains a few bonuses not found in the original release of the game. These include:

- An additional costume for Goku (Battle Damaged outfit) and Piccolo (Cape with Turban).

- A new costume for Frieza, based on his son Kuriza from the "Neko Majin Z" manga. This is an entirely new skin rather than a simple costume, and even has visual changes to Frieza's Death Ball attack, as well as Kuriza turning into his Final Form when using the Frieza's Spaceship capsule.

A later (and still Japanese exclusive) version of the game, titled Dragon Ball Z 2V, was given out as a promotional item from V-Jump in 2004. While the game is mostly the same to the Japanese PS2 release, there were a few more additions made to this version of the game. These include:

- The game starts out with all capsules, characters, and stages unlocked by default.

- Saving the game is permanently disabled.

- The World Tournament stage has been retextured to advertise V-Jump.

- Frieza and Cell both have their Majin costumes made playable (normally used in Dragon World, but unusable by the player before this release).

- As previously mentioned, the game's main attraction is a new skin for Frieza, turning him into his brother, Cooler. While this also changes the name displayed for the character to "Cooler", all of Frieza's attacks and voice lines stay exactly the same as they would normally. However, using the Frieza's Spaceship capsule will turn Cooler into Meta Cooler.

While not as extensively changed as other versions, the European version is essentially the same as the US version but with Japanese voice-overs, and the intro theme ("Kusuburu heart ni Hi o Tsukero!!") retains its lyrics as well.

The GameCube release of Budokai 2, released a year after the original PS2 release, also has its own changes made to the game. These mainly include adding in previously Japanese exclusive features (specifically, the Z difficulty for Dragon World and the new costumes for Goku, and Piccolo), but the game itself has also been redesigned graphically to incorporate cel-shading.