Dragon Ball Z: Buu's Fury is more or less The Legacy of Goku III in all but name. It's also the only entry in the series to be US exclusive and later on got a rerelease as part of a double pack with Dragon Ball GT: Transformation. Also, guest starring Broly and Janemba for some reason. 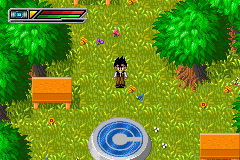 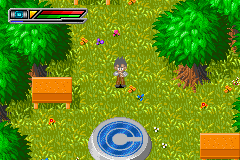 Just press B to transform. 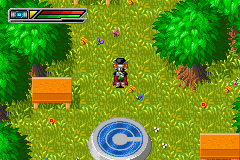 Transforming back works fine as well. Transforming into Great Saiyaman provides all the boosts of transforming into a Super Saiyan but without the energy cost, which is likely why it was removed. It only works properly with School Uniform Gohan, however. 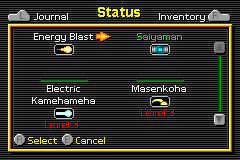 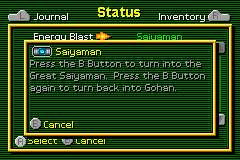 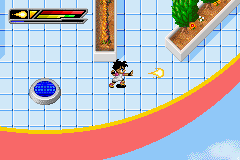 Videl is playable for a short amount of time in the main game normally, however, you cannot use Ki Blasts as her in the short fight. Yet, the game does have a Ki Blast Animation for her. This animation is used in multiplayer actually but is easy to overlook if the player doesn't have regular access. Therefore, these sprites are only semi-unused. 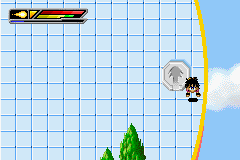 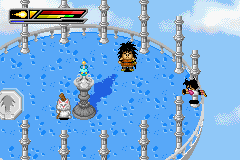 Videl also has a few flying animation frames that the player never gets to see. In the anime, she flew off with Gohan and Kibito and then left shortly after. However, in Buu's Fury, she stays behind at the tournament and doesn't follow. She also doesn't fly during the fight with Spopovitch either. The flying sprites would have probably been used in these two locations, had they been scripted in. However, if the player uses a character modifier code to play as her, these animations will be used on the World map (she does not have any diagonal turning sprites however which will mess with the graphics some) and on flight pads such as the one that leads to Korin's tower from Kami's Lookout. These sprites are completely unused as there is no way to fly in multiplayer.

The following CodeBreaker code will allow access to Videl by replacing Trunks: 330016AC 0034. 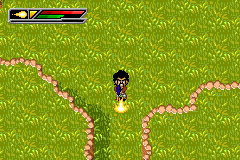 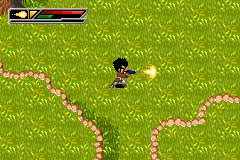 During the very brief moment that the player gains control of Hercule, he actually has a usable "ki blast" move where he whips out and fires a gun. As there's no enemies around and his segment consists solely of walking a few steps upward to Majin Buu's home, many players never think to press B while using him.

The game includes several unused animations that could only be found by uncompressing the game's data. These animations include: 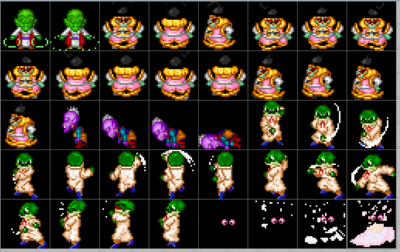 1. Froug's hitting sprites: In the first scenes of the game, Froug is only being hit and he does not fight back.

2. Froug's being hit sprites: Despite him only being attacked from one side in the cutscene, the developers and the artists actually drew him being hit from all directions.

During Chapter 2, when Videl goes to fight the Red Shark Gang in Hercule City, the Mayor of Hercule City and Videl cannot be scanned. This is because getting close enough to click on them with the Scouter triggers Gohan's Great Saiyaman transformation, preventing you from using the Scouter. Once the fight against the Red Shark Gang starts, the NPCs are also off-screen.

The only way to get these 2 characters scanned is by using a walk-through walls cheat with the experimental (enable after loading save file) CodeBreaker code: 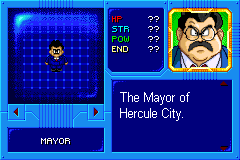 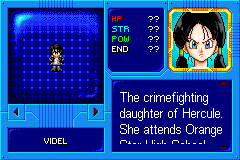 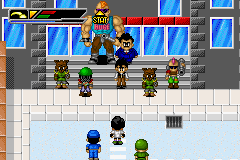 Additionally, there are some cutscene-exclusive NPCs that are totally unscannable. However, by swapping the sprite address of the player character (with, for example, Tien), they can be scanned properly and their Scouter entries can be recorded. 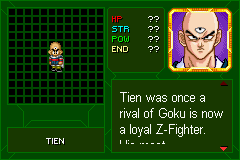 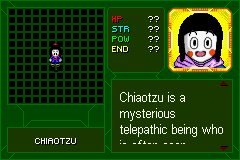 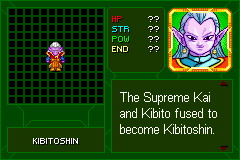 In these cases, the player character's sprite was changed - using the cheat 0202D0B8:Value - which is also the value the Scouter looks for. This process can be used for the Videl and Mayor entries as well

For a more comprehensive list, the process is outlined here

Interestingly, Uub has a Scouter entry in game, but unlike the others, the sprite cannot be scanned.

This is a common trend with many "End of Z" characters (i.e. Pan, Teen Goten, Teen Trunks and GT Goku).

Near Android 18's entry within the ROM are entries for villains from the seventh DBZ movie, Dragon Ball Z: Super Android 13 (known in Japan as Doragon Bōru Zetto: Kyokugen Batoru!! San Dai Sūpā Saiya-jin.) The offset for this text is at 00063EA0.

There are also a few scouter entries for enemies that don't appear in the final game, likely referring to an unused enemy type that existed in the prototype version of the game. 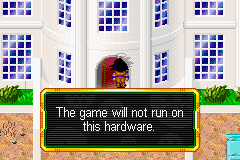 Dragon Ball Z: Buu's Fury has an anti-piracy measure of sorts. Many players have often mistaken this measure to render the game unemulatable. However, it seems the game checks for the save type and if it detects an incorrect one it stops the game after a certain point displaying the message "This game will not run on this hardware." This check of the save type happens when the player enters the Grand Kai's mansion at the beginning of the game after completing Olibu's challenge. This anti-piracy measure affects certain versions of Visual Boy Advance most notably. The game checks to see if the save type is a 128k EEPROM. If not, it brings up this message.

It seems Buu's Fury has some crash handler screens and some directories are listed of where the game's Source assets were originally located during development.

This can be found in the ROM's text information at 0x4160. While nothing special, it does indicate Buu's Fury was coded in C++ Language at least. (.cpp files are associated with the C++ programming language for those unfamiliar with the language.)

and this is located directly after that at 0x13BAC. This directory is also listed when the Assertion Failure screen below is displayed.

For some reason, the word Spaghetti is mentioned twice in the ROM. Once at 0x41844 and again at 0x4225A. There's a bracket and space before both instances. Either this is garbage data, the programmers had food on the brains, or it's just an ASCII joke one of the programmers put in. It's also possible it could be referencing a trashed food item but most likely not since the other food item names are all grouped together later in the ROM. In all seriousness, it's probably just a comment about spaghetti code that somehow survived compilation.

Looks like a Heapallocation error of sorts and is found at 0x480F4.

Probably something related to talking to a null value NPC and maybe a failure of the equipment items. Could also be related to the code. These two strings with garbage data between them can be found starting at 0x5553c.

The second error message above can be triggered if the player uses an attack modifier code to replace a character's signature move with another character's (such as replacing Goten's Kamehameha with Dragon Fist Explosion for instance) that doesn't have more than one level. When the character levels up and the attack level goes up, the game freaks out and crashes displaying the screen below. The above text is found at 0x6B7400. 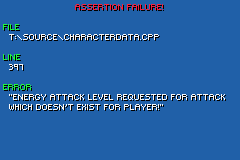