Various text strings refer to this item as a "Repair Kit". Editing address 03000062 (USA version) will add this item to your inventory, although you cannot use it.

A side quest has Goku gathering stones to build a bridge, but since there are six stones and you need only three these go unused and can never be collected. Each stone has a unique graphic but acts like every other kind of stone item.

You can edit address 03000060 (USA version) to give yourself a Fruit item, although you cannot use it. Perhaps you were once supposed to select Yemma's Fruit through your inventory.

Throughout the game, you have to escort NPCs as part of tasks that you are given. If you are escorting one NPC and try to escort another, they will tell you to come back later. Since it isn't possible to bring an NPC along and then talk to the missing kid in the forest, his text goes unused.

A sequence of error message strings can be found in the ROM at 12142 (USA version) or 122F4 (European version).

These are splash screens that have gone unused. They can be accessed using the game's debug menu. 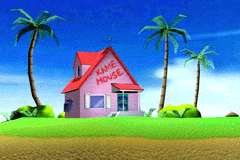 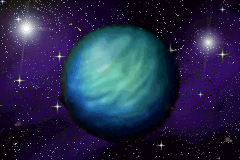 On the map where you fight the Ginyu Force there's a misplaced warp at the northwest corner of the map that allows you to bypass that section altogether. 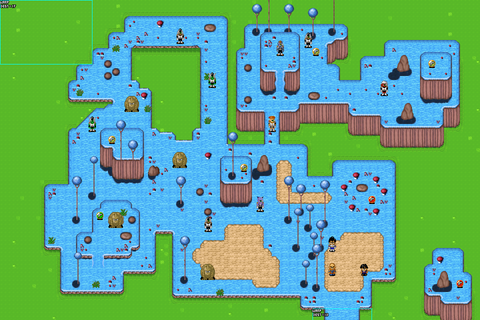 There is a hidden invincibility code. To activate it, press Up, Down, Left, Right, B and A during the intro movie. The invincibility will not work when walking over spikes of the Snake Way.

To access the game's debug mode go to the options menu, and hold L + R+ Up at the same time "Exit" is highlighted. Then press A. If done correctly you'll enter the debug menu. 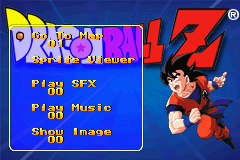 From the debug menu you can visit any map, view sprites, play sounds, play music, or display the various splash screen images that are shown throughout the game. 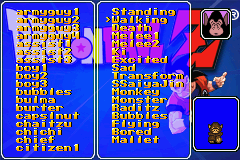 The sprite viewer allows you to see sprites, animations, character portraits, and hitboxes.

There are two versions of the game: US and European. On the latter, you can select a different language besides English (German, French, Italian, Spanish).

The European version also fixed a crash that can happen when going to the title screen's options menu, highlighting "Exit" and then pressing A + B at the same time. A similar crash that happens in the debug menu when "Go to Map" is highlighted and pressing A + Start was not fixed, however.

The European version fixed that you could essentially turn invincible when hit by a ki blast in flying mode. In the US version, the ki blast would hit you and you would exit flying mode although the game believes you are still flying - thus enemies don't attack you but you can attack them. In the European version ki blasts don't hit you at all when flying.

If the game detects you are running it on a cartridge with the incorrect save type or hardware, it will display the following message. 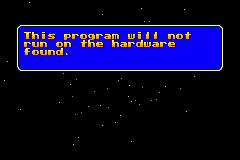