Part of the Simple Character series of budget games with licensed characters, Kamen Rider: The Bike Race is one of those games that has a great premise but would've done so much better if it hadn't been a budget game. 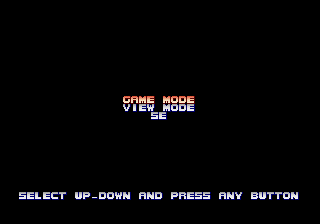 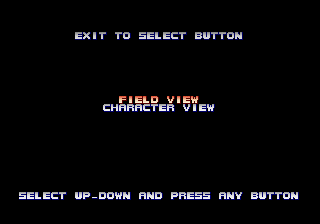 Selecting this option leads to the options described below.

You will be asked to choose a course and character. After that, the game starts a custom 4-bike race (normally only used in attract mode). "Zako" refers to the black opponent racers; selecting it causes you to start outside of the track boundaries. Note that races started this way can't be paused or ended even if you've completed the final lap, so the only way to leave the race is to reset the console.

The VS mode-only course can be chosen, but the race start camera will point outside the track bounds and the rival racer will be placed further apart, making it impossible to reach 1st place. 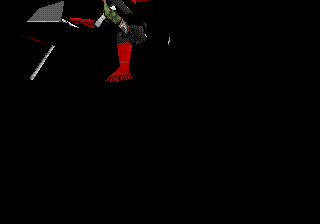 A model viewer. Select a character, then press any of the following buttons once the chosen character appears.

Displays the credits (actually the bike performance rankings of playable Riders) and unlocks Kamen Rider Kuuga, as if you completed the game for the first time (Agito and the alternate versions of Rider 1 and 2 will not be unlocked this way), and returns you to the game.

This song appears three times on the disc: as Tracks 2 and 10 of the CD Audio (Track 1 is for game data), and as a wave file (stored as BGM_01.WAV on the disc). It's an instrumental remix of the original Kamen Rider theme ("Let's Go!! Rider Kick"), and doesn't appear to be played during the game.