Gundam: Battle Assault 2 is the sequel to Battle Assault, that was split into two games in Japan for the Simple Character 2000 series.

The-O, Zeta Gundam, Qubeley, and Hamma Hamma were removed from the game proper, but they can still be used in the US version with GameShark codes. 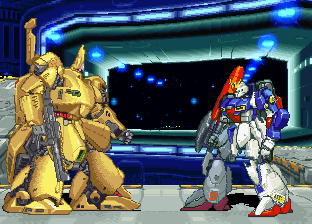 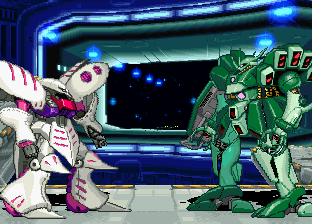 There is debug text present in the file DATA/DEBUG.PRG which goes unused.

As mentioned above, the Japanese release split the game into two, with Vol.12 containing the Mobile Fighter G Gundam roster and Vol.13 containing the New Mobile Report: Gundam Wing Endless Waltz roster (The second title uses the original Wing logo but most of the mobile suits are from the Endless Waltz OVA.) Both games still have the Universal Century mobile suits, however.

The Burning and Dark Gundams also go by their original Japanese names ("God" and "Devil" Gundam) in Vol.12.