Kid Dracula is a wacky Castlevania spin-off that stayed exclusive to Japan until being officially translated and released as part of Castlevania Anniversary Collection in 2019, inheriting the name and logo of its Game Boy pseudo-sequel.

As with most games Konami published since 1990, this game features a copy-protection routine. It checks for the presence and integrity of the CHR bank containing the copyright and "KONAMI" tiles, the packed tilemap containing the string "© KONAMI 1990", the first byte of the JMP opcode that calls the routine that displays the copyright information on the screen, and the first byte of the JSR opcode that calls the protection routine itself.

If any test fails, the game removes all non-player sprites starting from Level 2. This renders Level 2 itself impossible to complete, due to the removal of several rotating sprite platforms. 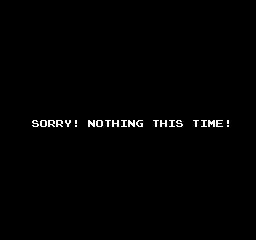 At the title screen, entering the Konami Code (Up, Up, Down, Down, Left, Right, Left, Right, B, A) will give a tone for correct code entry. Pressing Start, however, gives you nothing more than a mocking message.

The program code may have been intended to have more than one cheat code at once, but there is only one entry left in the pointer table for the cheats. However, some coding for at least one more additional cheat flag exists in the game: Game Genie code PAVLSYAA will replace the hidden message cheat effect with this unused cheat, which will grant 50 extra lives at the start of a new game, much more in line with standard Konami Code effects. 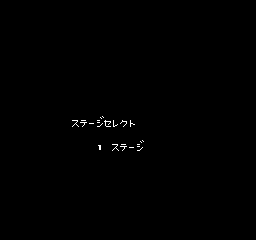 Present at the end of the PRG ROM:

So the date is August 10, 1989, over a year before the original Japanese release. The "V0.0" portion may simply be a leftover from earlier in development.

The Japanese logo was replaced with a colorized variant of the Game Boy game's logo.

A sprite change practically lifted from the Game Boy game for the Castlevania Anniversary Collection, both phases of the first boss had the manji removed from their caps. This is mainly because whenever the second phase faces right, it very much resembles a swastika (not helped by the fact that it first enters the room facing right). Interestingly enough, this change was made in all versions of the Collection, including the Japanese release.