This page details one or more prototype versions of Castlevania: The Dracula X Chronicles.

A prototype/demo of Castlevania: The Dracula X Chronicles, dated January 30, 2007, was dumped sometime around 2016-17.

A quick explanation about difference of contents between this prototype and the final.

The title screen appears to be cropped in a different size from final, and has different coloring. The font of the "Press Start Button" text is also a bit different.

Richter's Knife Item Crash is executed in a different way in the prototype: here, Richter throws four huge swarms of knives with short recovery windows between each swarms. In the final, Richter throws dozens of knives continuously, which is more akin to the Rondo of Blood origin of this move.

The Axe sub weapon is also executed differently: in the prototype, the Axe performs a strange spinning motion which is changed back in the final to be more akin to its Rondo of Blood self.

The shading of the last scene of Stage 1 is slightly different.

The Stage 1 boss, Wyvern, launches a flaming dragon head in the prototype. In the final, the dragon head is changed to be made of greenish energy. The boss life bar color is also different.

The Grand Cross Item Crash is edited back to be more akin to its Rondo of Blood self for the final.

The Hydro Storm was called Divine Storm in the prototype, and didn't have a special effect during the rain drop. 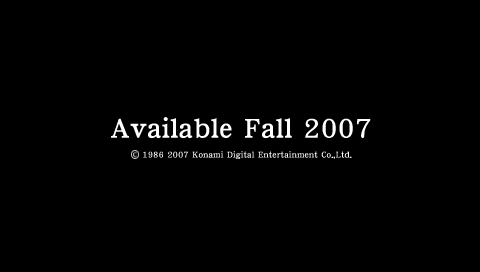