Taking an old side-scroller that a number of Ys fans disliked and utilizing their engine built for The Ark of Napishtim, Wanderers of Ys was remade into The Oath in Felghana with an extended storyline, remastered music and far more forgiving combat mechanics. 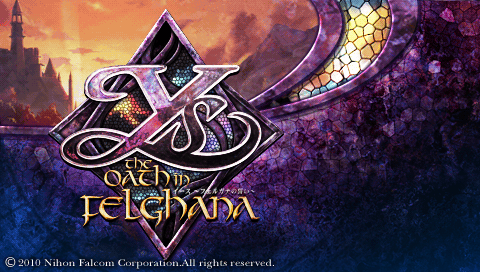 An unused title screen mockup appears in the USRDIR\data\menu folder. 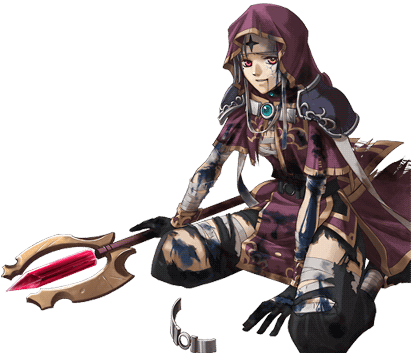 A more revealing version of Dularn after said person has been finally defeated appears in the USRDIR\data\portrait folder. This does not seem to appear within the game, even in the JP version.

Image titles from places in Ark of Napishtim were left in the final version. It appears they only replaced what was necessary with Oath of Felghana locations and left the rest as they were, much like the Windows version.

The Fountain of Prayer

The Altar of Brillante

The Fleet of Romn Empire

The Cavern of Wyvern

XSeed used a considerable amount of artistic license to change much of the English used in the original JP version. They also added descriptions for each area of the game.