Ys: Memories of Celceta is Falcom's own take on Ys IV, which was originally outsourced as Ys IV: Mask of the Sun and Ys IV: The Dawn of Ys. It incorporates the party system and an updated version of Ys Seven's engine.

In \chr\pc\, there are three early face portraits of Adol, Duren and Karna drawn in a different art style. The resolution of these images is 128×128, the same as the face portraits in Ys Seven on the PSP, which would be increased to 256×256 in the final. These files were removed in XSEED's PC port. 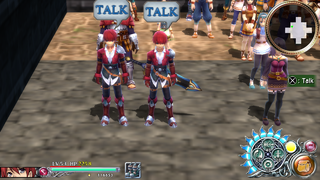 An earlier revision of Adol's model. It's considered an NPC with the model ID c910 and can be found on test map tes1200. Similar to the early model of Adol in Ys Seven, this version is actually more detailed in some ways.

(Note: When the PC version is mentioned, it is referring to the port by XSEED unless stated otherwise.)

There are two save files in the archive above: one for the Vita, and the other for the PC version. Both of them are set to load the player in the test map, mp_9999.

The .arb file necessary for loading the map on the PC version (explained below) is also provided for convenience.

The .arb file necessary for loading mp_9999's contents was removed in XSEED's PC port, but can be re-obtained from the Vita version. Follow these steps to restore access:

Creating the Save File

In order to create the save file yourself, follow these steps:

The Cheat Engine method detailed on Ys VIII's page can also be used to gain access.

This is the only test map that remains in the Vita version and XSEED's port. The model of this map is an enlarged version of the map of Celceta. Upon loading the area, the debug menu found in \script\test.bin is called, which has several options for testing the game. This map would later be carried over to Ys VIII: Lacrimosa of Dana with a new debug menu.

Regardless of your current party setup the only active character will be Adol, though all the other party members can be added back via the Camp Menu.

In the Vita version, exiting the debug menu will cause character models to become partially transparent, and the lower portion of the screen will be covered by a black layer. This oddity does not occur in the PC port.

Eleven spheres are placed on the map that teleport the player to different areas. 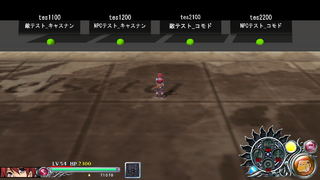 The four green spheres on the upper portion of the map led to test areas that are no longer in most versions of the game. Attempting to enter them will spawn you in a black room where you instantly fall to your doom. These maps do exist in Joyoland's port, however. 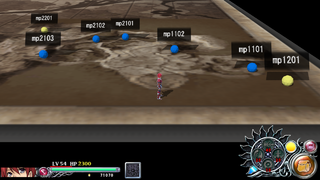 The other seven spheres have functional destinations, and their placements on the giant map of Celceta are accurate to the in-game world map. The two yellow spheres represent towns, while the blue ones are field areas.

As stated above, the debug menu is called upon entering the test map mp_9999. Several choices are available from the initial menu.

The menu was not optimized for the PC version, resulting in the scrollbar being displaced at resolutions not approximately equal to the Vita's 960x544 display.

Spawns a party of Adol, Duren, and Karna in the middle of the first area of Beast Plains. 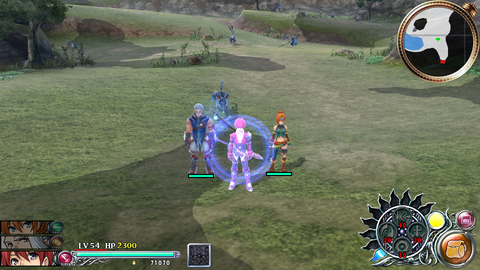 Has several options that are supposedly used for testing some of Adol's memories, but they don't function properly anymore, as you stay in the test map after selecting them.

A menu with a selection of character levels and areas to choose from, clearly meant for checking the game's balance. This menu is only half-functional, as character levels are not modified. Selecting an area will spawn you there with a predetermined party with their current stats.

As the name suggests, this menu lets you jump to various events in the game. Each option opens another menu that lets you select a specific point in the selected chapter. 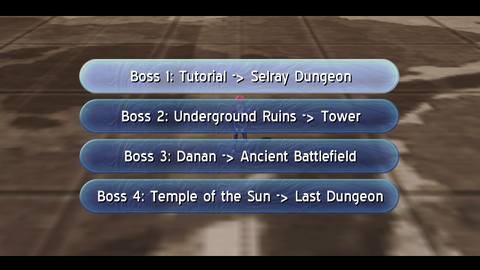 Lets you choose a boss to fight from four sub menus. Their model ID is listed alongside names that often differ from what's actually used. Note that the used boss names were directly translated from the Japanese version, so a majority of these names are earlier iterations or placeholders.

Unlike Balance Test, these choices actually adjust the levels of each character accordingly. A predetermined party is also assigned for each boss fight.

The camera zooms in on Adol and each emote and speech bubble are played out above his head. The camera does not reset itself after this, but will be readjusted after entering another map. 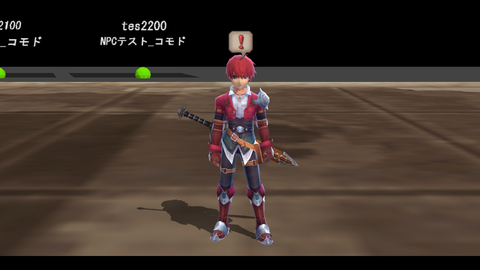 Selecting this will bring up another menu. 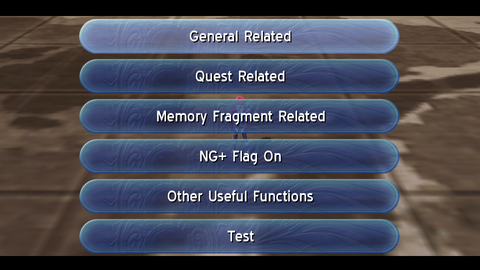 Same name, different menu. Doesn't have any apparent effects, but based on the choices, it could have been used to set the player at certain points in the game or set flags.

Has options for testing sidequests, such as spawning all quest monsters, making all quests available, and displaying a quest completion test message. 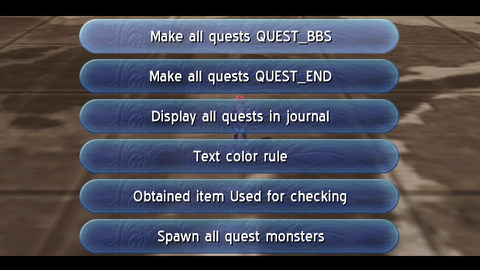 Lets you obtain all of Adol's memories, play back "The Forest Siblings" memory, or jump to the point in the game where Ozma joins the party. 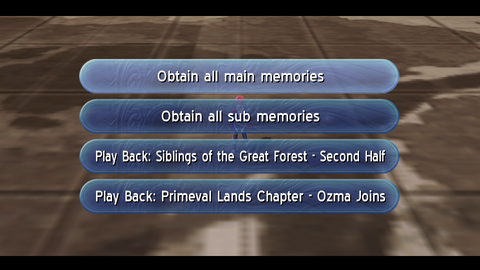 Does what it says on the tin. Enables New Game+, allowing bosses to be fought from the Memories menu.

A menu with options for unlocking all journal topics, skills, monuments, party members, and testing every shop in the game. There are two other options that toggle something called "SF_EVENT".

Just displays a message saying "Dig up as much ore as you can in the time limit!" 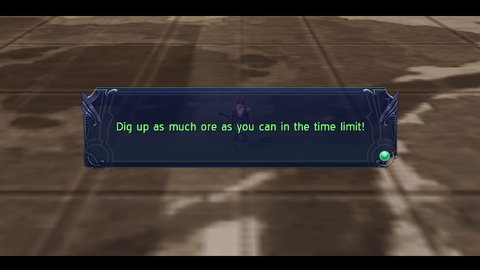 Four simple test messages spoken by Adol will be displayed, followed by a menu that pops up afterward. These initial test messages are not present in the Japanese version.

"Yamashita" refers to one of the game's programmers, Hideyuki Yamashita, whose name can be seen in the credits. 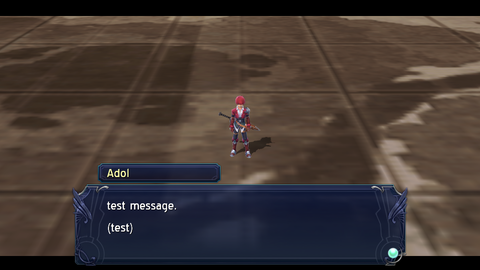 Adds Duren to the party and sets Adol on fire, quickly killing him off. 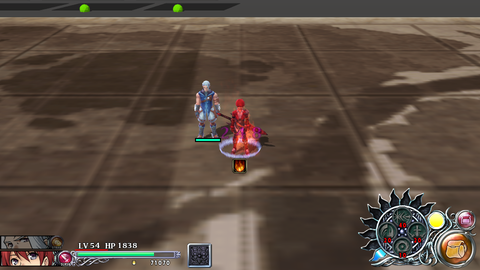 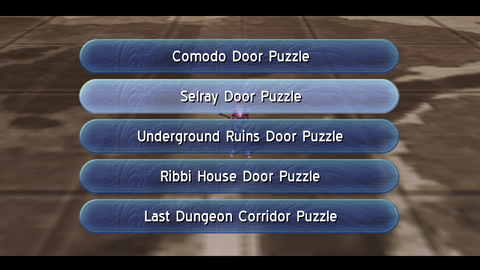 Displays a message from Adol that is meant to test fonts.

This message is incorrectly rendered in the English version, but the font it is trying to test can be seen in the Japanese version, which is used by the Roos.

Duren is added to the party, and all battle elements are disabled, simulating how playable memories function. 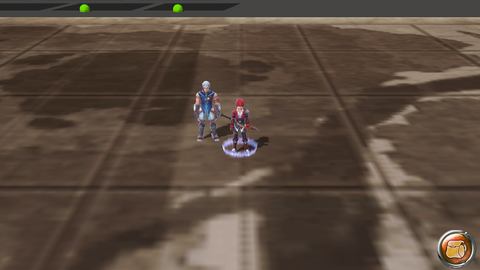 17 choices are displayed that don't have any functionality, but their text is the real interesting point. It defaults to Choice 5: THANK YOU MARIO. 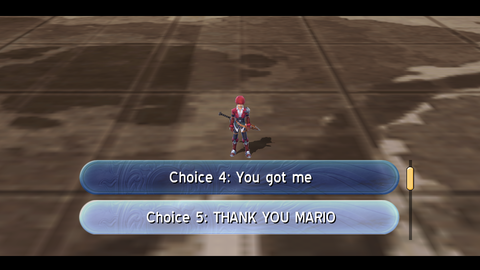 These choices appear to have been directly translated from the Japanese version, which also has the same humorous test choices. The only difference is choice 7.

Brings up the map of Celceta and scrolls it left and right a couple times. For some reason, a village is marked down in the center during the process. 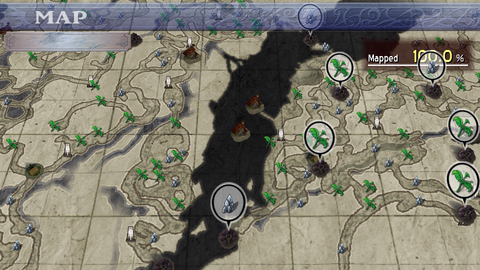 Allows you to have Leeza or Remnos follow you. You can bring them into other maps, but they may get stuck at the entrance.

Tests the screen effect for when Adol is having a flashback. 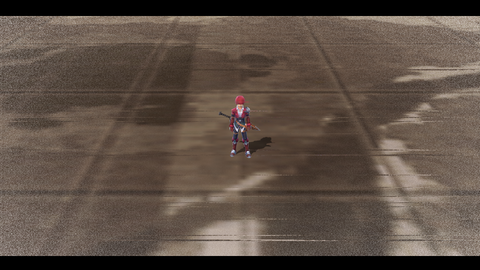 Adol walks up an imaginary incline. He is dropped back down to the map afterward. 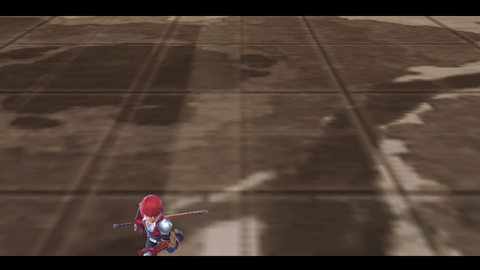 Leeza is spawned and the camera zooms in on her. Different types of lighting are showed off, with the map keeping a nighttime lighting afterward. 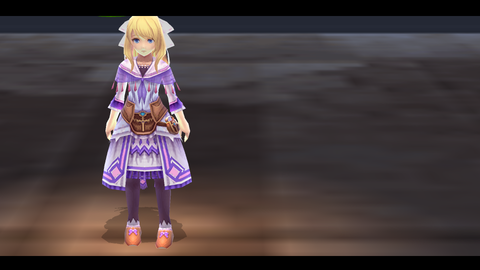 Plays a sound effect that fades out, then back in.

Fades out the music, then fades it back in.

Has two options for unlocking trophies. A strange message saying "Trophy Test Shouldn't be able to get now" is displayed after selecting either choice.

The Japanese Vita version received an update that, among other things, improves the controls on the PlayStation TV. Although the US version was later made compatible with PS TV, these enhancements were not included.