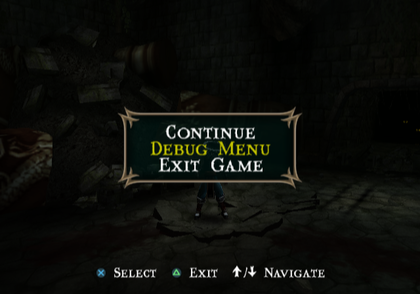 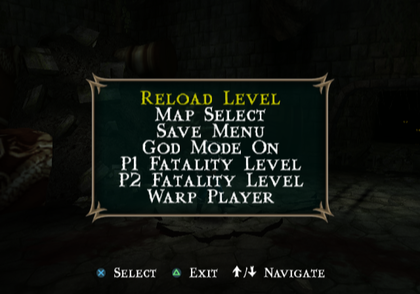 Applying the below code will replace the in-game options menu with a debug menu. 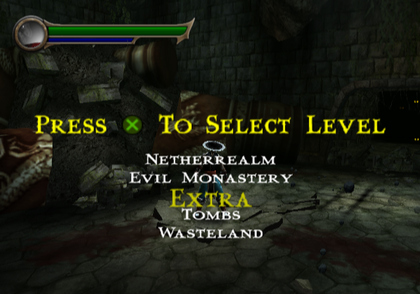 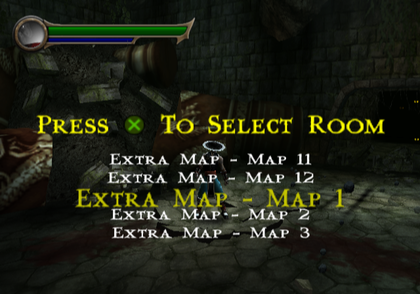 This allows you to warp to various maps on demand.

Extra Map 1
The first extra map will crash the game when it is selected. 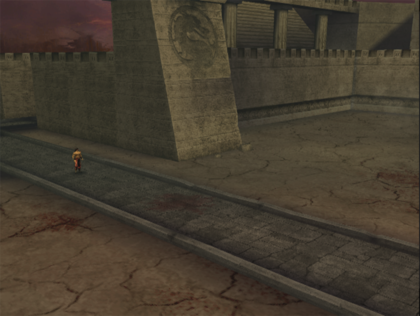 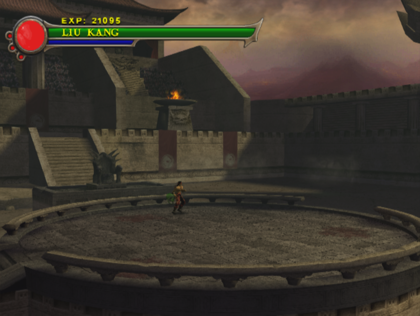 The pathway leading up to Shao Kahn's arena. An odd green skull can be found placed in the center of the arena and while it has some sort of collision, it can't be stood on. A Tarkata enemy can also be found attempting to climb up although he'll quickly fall out of the map. 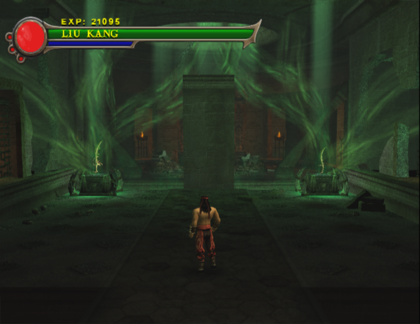 A map similar to the chamber where the player fights Baraka. Much like the last map, a Tarkata will try climbing up at the player and will fall out of the map. 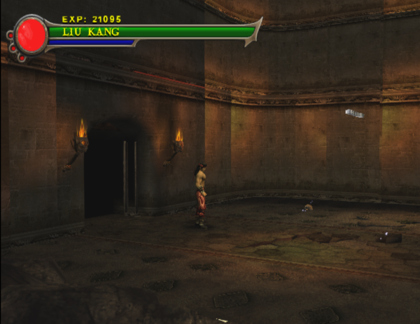 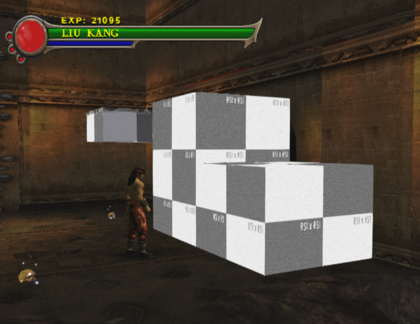 One of the game's many test rooms. A few grabbable objects can be found here as well as some untextured blocks with image resolutions printed on them. 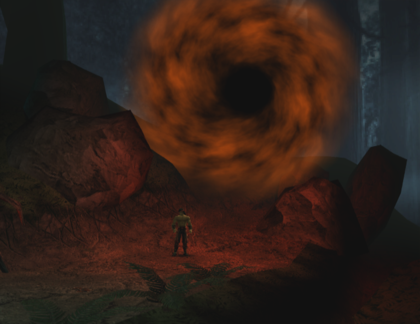 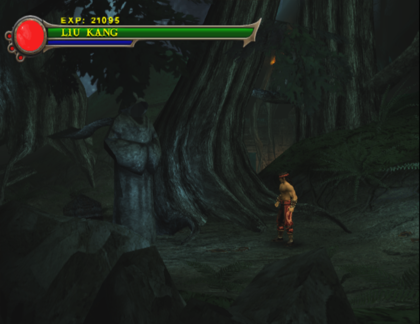 Pretty similar to the first parts of the Living Forest area. The map is devoid of enemies and the statue nearby cannot be destroyed even with the Fist of Ruin ability. 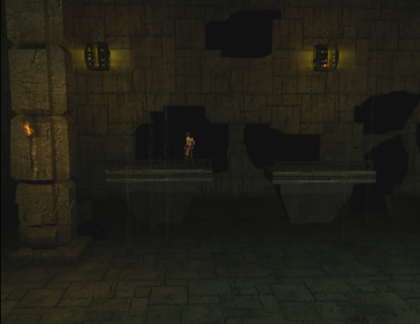 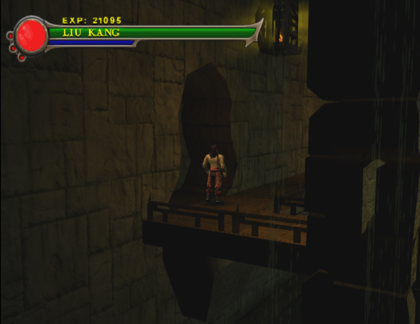 Reptile's boss fight arena. The columns are intact albeit with glitched out textures while the final floor segment is glitched and lacks any sort of collision. Players who try to walk there will fall through the floor. Before you ask, Reptile's pet snake does not make an appearance. 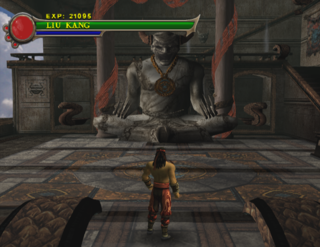 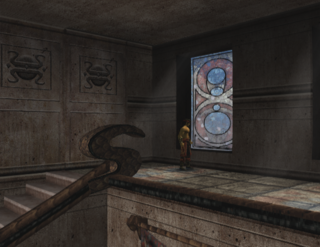 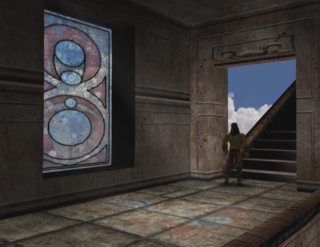 Pretty similar to one of The Tower's rooms. No lever is present, we can't break the windows at all and there's no exit points programmed into the room exits. 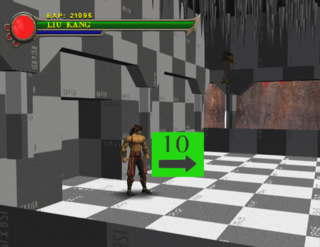 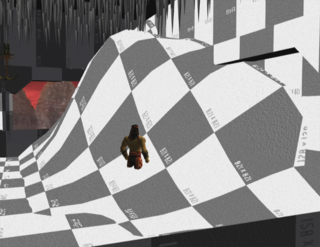 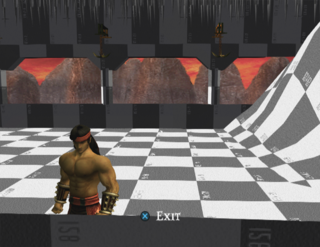 Quite an interesting one, this room. It shares the same development testing textures as the test room and it has a functional exit to the Soul Tombs in front of the soul gate. 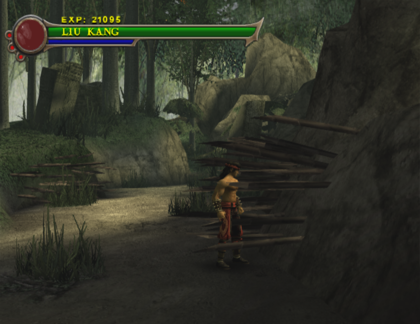 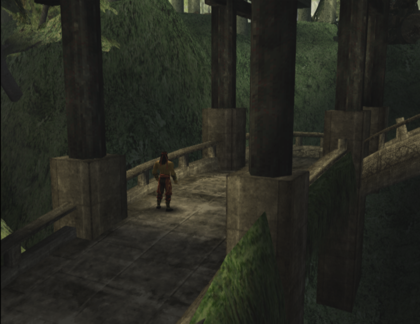 One of the Wu Shi Academy maps. Pretty similar to the original but without enemies, events or working traps. 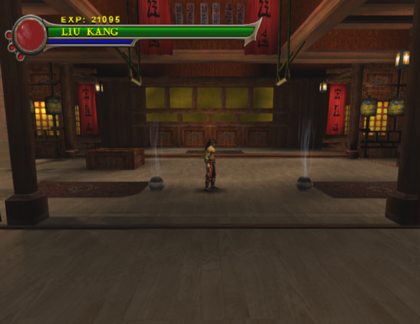 An unfinished version of Level 2 of the Survival Mode. There are no enemies and the walls don't have collision. 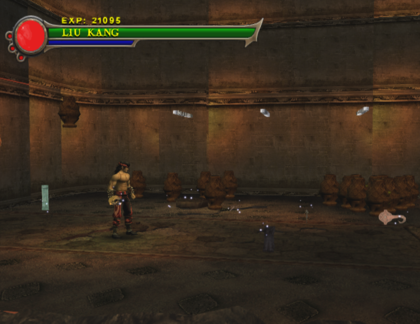 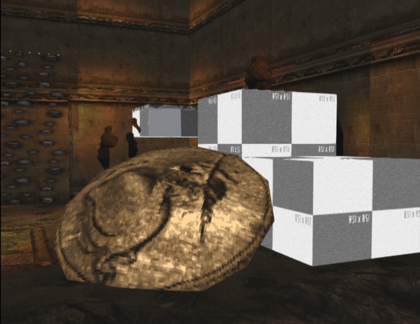 Similar to Extra Map 4 with more throwable objects including a glitchy shield. No Tarkata trying to climb into the map this time, though. 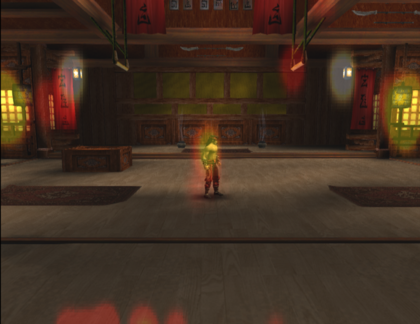 Similar to Extra Map 10 but now the walls have collisions and there's an odd glow effect surrounding both the player and the area.

8 VS
A cut versus map named "8 VS". Apparently the game was going to have some sort of 8 player versus mode. Surprisingly the map is fairly complete, with basic collision detection and a floating platform present.

Practice Map 9
A VS mode-friendly version of Map 10. The VS mode fight intro camera is bugged but is pretty functional. Enemies are also programmed to spawn in every so often.

Survival 10
The hidden survival mode apparently had more to it than first thought. Level 10 has quite a few unexpected and even exclusive surprises. The player would have to fight not only four Shadow Priests, but Old Shang Tsung as well, who is otherwise unfought in the game. The Priests respawn upon death and the player must destroy the large soul prison in the room to stop them from respawning. Old Shang Tsung lacks special moves and merely blocks the player's attacks. You would have to perform a fatality to put him down for good.

An exit appears upon victory but is completely nonfunctional.

Survival 27
The Dead Pool AKA where the area where the pole swing ability is obtained. The poles work but no enemies spawn, no exits work and the acid is completely harmless.

Survival 29
Kano's boss fight arena, just without Kano and Sonya. The lever nearby lacks collision and the elevator platform (up to the Arena) repeatedly moves up and down. 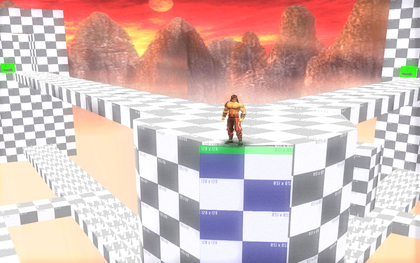 Recently, it was discovered that within the files of the game was a placeholder for an unused Soul Tombs area, which has 2 doors leading to different parts normally available in the Soul Tombs. This level is unaccesible through Debug Mode. 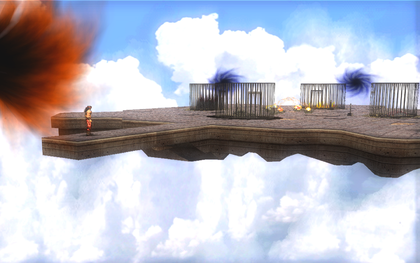 This level is probably used to test the "Test Your Might" feature. The portals surrounding the arena have no interaction triggers. The cells, switches and the glowing spheres do not have collision. This level is unaccesible through Debug Menu.

Survival Mode is something that was apparently not finished and was removed from the main menu and normal accessibility. Because this is Mortal Kombat and nothing can ever be that simple, some wag hid a hidden means of accessing it in the game. It takes a lot of work, but it's there!

The characters aren't quite unused playable choices so much as they have button assignments to them and they're all the same. Unfortunately, many of them can cause the game to crash. Using a cheat device can not only allow you to play as monks and bosses but even discover unused enemies though for reasons unknown, a few of these characters have a strange neon glossy texture placed on them when used.

The characters actually do work in cutscenes so you can play with one in Co-Op, though because their models (especially the females) don't match the animation skeletons of the normally playable characters, as they'll look very warped. Also, if you save using one of these characters, that save file will treat it as any other normally-playable character, meaning when you load the file again, you'll resume play as them regardless of whether you're using a cheat device. You can remedy this by switching the character mod to the normally playable characters and then save again using that character. You'll be required to since you will need to at two points in the game perform a Fatality and a Mutality.

Pressing a shoulder button in conjunction with a face button or two will allow you to use their special attacks, and they consume the Stamina Gauge like normal. It's also possible to play as characters who don't have any attacks at all. If you stop after a run, the model will briefly spasm as they have no animation for skidding to a stop. 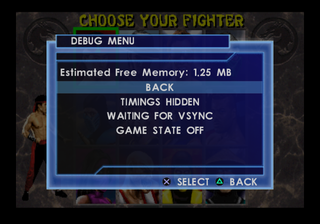 The emulator for the Mortal Kombat II arcade game contains a very basic debug menu. To access it in the US PS2 version, enable the following GameShark code while the game is paused:

The first option goes back to the game, the second option toggles v-sync, and the third option displays some player status icons at the bottom of the screen. 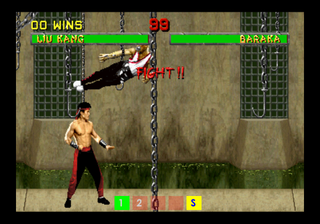 The intro in the German version has all blood and gore removed. Of note are the moments where a Tarkatan is decapitated by Kung Lao and when Sub-Zero rips a guard's entire spine and skull out of their body. Instead of simply removing these scenes or anything to that effect, they decided to blur them out with a poor blurring effect. Even then, the spine can still barely be made out, and seems to have had all blood scrubbed off it despite already being blurred out.