Summon all your favorite Fire Emblem Heroes* in this mobile crossover game of epic proportions!

Placeholder images for weapon icons. In order, they are for arrows, bows, axes, daggers, lances, staves, and swords.

A placeholder for the map chibis.

A mockup of Amerlia's map sprite.

A mockup of Arden's map sprite.

A mockup of Mia's map sprite.

A mockup of Jamke's map sprite.

A mockup of Owain's map sprite.

A mockup of Elincia's map sprite.

A mockup of Valter's map sprite.

A mockup of Tana's map sprite.

A mockup of Alfonse's map sprite.

A mockup of Kaze's map sprite.

A mockup of Noire's map sprite. 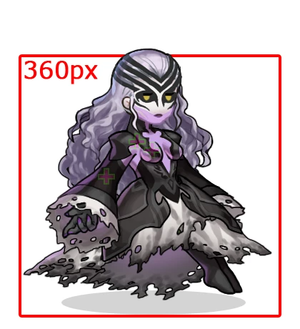 A mockup of Hel's map spite. 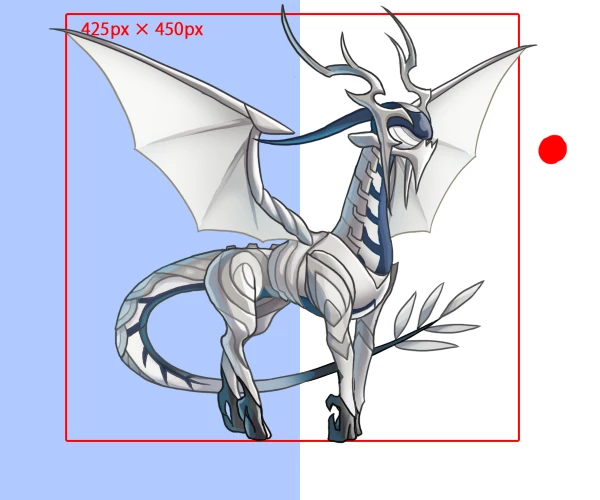 A placeholder sprite for Corrin's dragon form from Fates, located in \assets\Common\Unit\ch05_19_Kamui_F_Dragon\tex\.

Comparing the datamine of Version 1.5.0 to the final release reveals that Summer Tiki's damaged artwork was edited to make her rear less defined.

Surtr's axe called Sinmara, added in the November 27th, 2017 Book 2 update, has an unused WIP version hiding in the update. This image was removed in the January 11th, 2018 update.

An unused skill name can be found inside assets/{LANG}/Message/Data/Data_00_first.bin.lz, referring to Ragnarok+:

There are no skill definitions associated with Ragnarok+; it is unknown if Ragnarok was once planned to be a rank-3 weapon similar to Silver weapons. (The refined Ragnarok uses the same skill name ID, and uses MSID_H_ライナロック改 as the description ID instead.)

Certain Special Heroes include an extra voice line transcription found in assets/{LANG}/Message/Character/*.bin.lz, where {LANG} is one of USEN (English), JPJA (Japanese), or TWZH (Traditional Chinese). These transcriptions are unused because there are no voice files corresponding to those texts.

The transcriptions found in the files for other European languages are the same as English.

When the Portuguese (Brazil) language was added in Version 3.2.0, translations for past event maps were added that can be found in assets/USPT/Message/Data/*.bin.lz. These strings are unused because event maps are never rerun. The corresponding used English strings are shown for comparison.

The graphics for Durandal were updated to better match its appearance in Fire Emblem. This was possibly done in preparation for the Choose Your Legends version of Roy, who wields a Durandal variant (which uses the same graphic) and whose artwork prominently features the sword.

The attack and special artwork for Summer Gaius from Awakening was updated to fix an error in which he did not pull his bowstring. His arm, collarbone, and arrow were also redrawn.

A major update that added Book 2 on November 27th 2017 a new story expansion and several major antagonists and new characters. The app's icon was changed from a picture of the Book 1 antagonist, Veronica, to the Book 2 protagonist, Fjorm.

The Chain Challenge banner for Book II Chapters 5-6 was edited to fix an error where Eirika: Anamnesis Lady could be seen behind Robin: Fell Reincarnation and Chrom: Knight Exalt.

Byleth: Tested Professor was originally voiced by Chris Niosi; however, following allegations of sexual abuse and NDA breaches, he was replaced by Zach Aguilar in this version update. As this update was released before Byleth was first made available, his credit and voice files in the game remained unused.

All English textual references to a location from Seisen no Keifu and Thracia 776 were changed, renaming it from "Meath" to "Munster". The reason for this change being made is unknown - however, Munster is accurate to the Japanese name of the location in question (マンスター), and in those games there was already a location in close proximity to Munster that was named after Meath (ミース). Both Munster and Meath are named after historical Irish kingdoms, like many locations in their region of the Jugdral setting.

This change was not pushed during a proper version update, but rather as part of the unit data update that added Bramimond: The Enigma and its associated content.

This change affects text assets related to Ced: Hero on the Wind, as well as dialogue in two long-concluded Forging Bonds spoken by both Ced and Tanya: Dagdar's Kid. However, Ced's spoken voice clips were unchanged then and have remained unchanged since, and so two of them still refer to the location as "Meath". This change has also not been taken into account in bulletin board announcements made after that change - for instance, for Ced's appearance on the "Summoning Focus: Voting Gauntlet, Block A" banner in April-May 2020, the announcement still uses a version of his help text that calls the location Meath.

The Seliph: Scion of Light unit data update brought with it a small number of text edits.

The Hel: Death Sovereign unit data update brought with it a small number of text edits.

Another Legendary Hero release (Corrin: Child of Dusk, in this case), another surprise name change relating to Seisen no Keifu: in all European-language translations of the game, all references to Larcei's twin brother were edited to rename him from "Ulster" to "Scáthach". "Scáthach" was the character's Japanese name all along (スカサハ - named after the mythological Irish warrior woman), but Fire Emblem Awakening had previously renamed him "Ulster" for its English, French, German, Spanish, and Italian scripts, a change which stuck for Heroes until this update. Why it was only changed now is unknown, although the case has one thing in common with the above "Meath"/"Munster" case: Ulster is another real-world historic Irish kingdom and is the namesake for another Seisen no Keifu location named after it (アルスター), located in the same part of Jugdral as Meath and Munster.

This change affects text and voice assets relating to both Larcei: Keen Kin, and to the twins' cousin, Shannan: Wielder of Astra. Similar to the "Meath" case with Ced, Larcei has one English voice clip that originally mentioned her brother under the Ulster name. This clip was updated to remove the sentence mentioning him entirely. (The Japanese voice clip is, unsurprisingly, unmodified and still mentions Scáthach.)