Note that this page has unmarked spoilers for certain ingame story events. 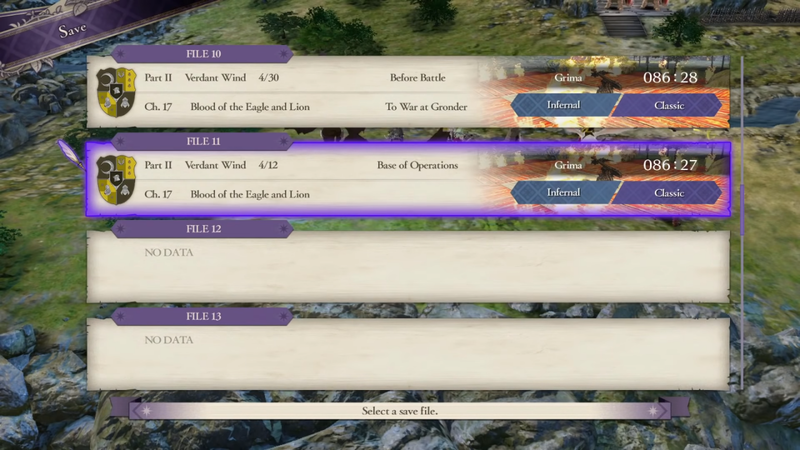 Besides Maddening difficulty, which was finished and added to the game in version 1.0.2, there is an unused fourth difficulty setting called Infernal. Hacking the game to access said difficulty reveals most enemies feature absurdly sky high levels to the point most of them reach their stat-caps around the midgame. It is also fairly unbalanced and unfinished for the most part, with many chapters lacking the necessary script to set the ending flags.

Jeralt, Rhea and Sothis - who only appear in the game as NPCs - have a complete set of voice clips, growths and stat caps specifically for playable units, with the first two having a spell learnset, set boons/banes and even some data - mostly voice clips - for Tea Party. In Rhea's case, her Tea Party data was finalized and the option to invite her was added with the Wave 4 DLC through a new Quest.

Data for an unused member of "those who slither in the dark" called Cleobulus (Japanese: クレオブロス Cleobulus) can be found near minor Agarthan NPCs like Myson, Bias, Chilon and Pittacus. They're set to use the Warlock class and have Agarthan Technology as their personal ability like other members. As the latter characters are all fought in Chapter 20/21 of the Silver Snow/Verdant Wind routes, this suggests Cleobulus was likely meant to be serve a similar purpose as well.

The Wave 3 DLC (version 1.1.0) added a new character which was never finalized. Checking the game's data reveals said chatacter is a 17 year old girl with the Commoner class, her birthday is in January 1, her base stats and growths are exactly the same as Ferdinand, and she's set to call out voice clips absent in the game. Curiously, some of her data changed during updates; in version 1.1.0, she was affiliated with the Adrestian Empire and had a Minor Crest of Cichol; in version 1.2.0 however, her affiliation changed to the Church of Seiros and her Crest changed into a Major Crest of Flames.

In the latter half of the unit name strings - after the character names, but before the generic occupation/class names for monastery NPCs and cutscene-exclusive characters - there is a sizable batch of completely unused names.

There are multiple items in the game's data that cannot be seen during normal gameplay.

There are a handful of cut abilities with text and icon assets.

There are two unused crests with no assigned icons in the game's code.

There are many unused battalions in the game's code. Most of them seem to have been meant for specific enemy factions which never deploy them in the final game.

There is only one Gambit which is never deployed for any kind of battalion, whether they're available for the player or are enemy-exclusive.

Several characters (Hubert, Ferdinand, Ashe, Raphael, Lysithea, Leonie and Hanneman) have sets of personalized map sprites for their playable appeareance in Part II with specific Master/Advanced classes. They're left unused in the finished game as they use generic map sprites instead.

Jeralt has map sprites depicting him as a playable Commoner and Paladin despite only appearing as an NPC unit.

Dimitri's Part II map sprites always depict him with an eyepatch, even in the Crimson Flower route where he retains both of his eyes for story related reasons. In spite of this, there's an unused sprite meant for said route which displays him with both eyes.

Likewise, Rhea has unique sprites for the Saint class she uses for Crimson Flower. In the final product, the Archbishop class's sprite is reused instead.

Class sprites for generic NPCs with the Dancer class can be found among the other sprites. Interestingly, only the female dancer happens to have portrait graphics to match within the game's files.

Multiple battalion icons are left unused in the finished game as no battalions ever use them.

Several icon variants for weapon and equipment exist in the game which are left unused in the game proper.

Gold, silver and black icons for white, black and dark magic spells exist in the game even though none of them are used.

Icons denoting monster's weaknesses also exist for brawling, white magic, black magic and dark magic spells despite none of them being used.

Three icons meant for unknown abilities can be found among other sprites.

A camera icon is located among the sprites displayed during battle animations.

Among the icons used to display an unit's affiliation, the flag used by Miklan's Thieves seen in Chapter 5's map and ensuing cutscene is left unused.

Even though battalion endurance has a maximum level of 3 in the final game, sprites meant to denote a fourth and fifth level do exist in the graphics files.

Icons for three of the scrapped Group Tasks can still be found among the game's files. 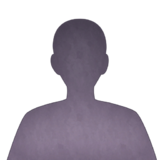 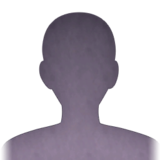 A placeholder character portrait that, as with many previous Fire Emblem games, depicts a silhouetted figure. Interestingly, the small version is actually used in the game; if you move your cursor near an activated Viskam turret in Zoom View, it will have a portrait pop-up in the same style as regular units that uses this portrait.

A portrait for Dedue sporting a livid expression during the game's War Phase. In the final release, the character in question can display such emotion only once during the Academy Phase. 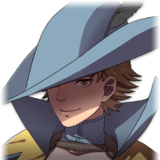 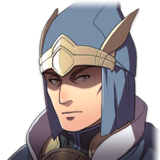 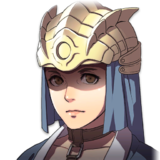 At the end of the Crimson Flower route, Byleth loses their connection to Sothis, and their hair returns to their normal blue hue. This is reflected in the S-Rank support illustrations seen in the game's ending, which come in both blue-haired (for Crimson Flower) and green-haired variants (for the other three routes) appropriate to the availability of each character in the appropriate routes. However, blue-haired variants exist for four characters who are unavailable in Crimson Flower: Seteth, Flayn, Catherine and Cyril.

Graphic files depicting the Horsebow, Wyvern, Red Wold and Ethereal Moon murals can be found in spite of the first three months being never visited in any route during Part 2 while the last one uses completely new graphics for it's brief appereance in the second half of the game. 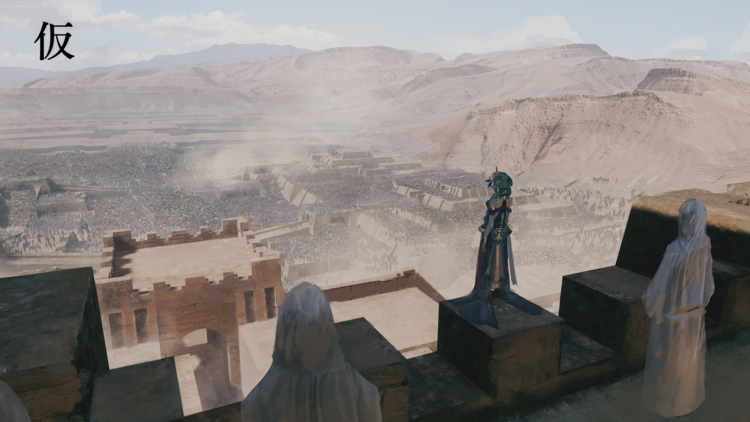 This is a placeholder variant of the cutscene illustration depicting Zanado from Chapter 2. In the placeholder, Sothis is standing atop the building; in the final version, she is replaced with a nondescript white statue.

This small placeholder image meant for displaying small objects/shots in cutscenes is repeated multiple times in the game's files.

Death screams for Byleth and every student during the Academy Phase exist in the game, but are left unused as the game has hardcoded that no one of those units can die during Part I. Interestingly, even though male Byleth's English VA, Chris Niosi, was replaced with Zach Aguilar in version 1.0.2, Byleth will still use the former's death scream should the game be hacked to restore this function.

Due to an oversight and, in spite of the characters having different death screams recorded for each dub, Yuri, Balthus, Constance and Hapi will always use the Japanese death screams should they die during the War Phase, regardless if the game's dub is set to English.

All major NPCs have death screams, but due to plot reasons, a few of them have their screams unheard in the game without hacking.

Monica, Fleche, Judith, Rodrigue, Ladislava, Sothis and Tomas have unused voiced lines meant to be used when they offer a monastery quest.

There exist unused variations for the story maps War at Gronder and Taking Fort Merceus, which were meant to serve as a Chapter 17 and 18 respectively according to remaining leftover text. Both maps also have the same beginning logs seen in their used variations, with the Fort Merceus map sharing its description with the Silver Snow and Verdant Wind variants of the mission.

The spawn data for the Gronder Field map is 118 and for it's script is 119, while for Fort Merceus they're 120 and 121 respectively. Both maps have the same exact spawn data, which consists of a few generic NPCs in the Black Eagles route's version of the mission. Meanwhile, the data for the Blue Lions and Golden Deer paths is completely empty beyond the basic script used for loading up the map.

Interestingly, these are the only maps in which Female Byleth is specifically called by the Spawn Data; All other maps call Male Byleth by default, and the game's code accounts for the female option if it was chosen instead.

Unlike every other enemy-only class, the enemy Death Knight can teach its users an ability once mastered: Heartseeker. This functionality goes unused as Jeritza, who was added in the version 1.1.0 update, uses a unique playable version of the class—also added with said update—which teaches the ability Counterattack instead.

In situations where the game offers the option of killing or sparing/persuading some characters, there also exist unused text in which Byleth orders the army through in-game dialogue to follow the picked choice. Their scrapped dialogue is the most complete structure-wise when deciding Claude's fate in the Crimson Flower route, as Byleth is set to say "We must kill him" or "We must let him go" depending on the prompt chosen. Meanwhile, in the case of Ashe, Lorenz and Lysithea, Byleth simply repeats the text used by the choice prompt in their dialogue box instead.

Voice clips for generic and important NPCs triggering a Gambit Boost exist in the game's files, despite being impossible for enemy and allied units to abuse this mechanic in the final game.

In the Silver Snow route, if one of the Black Eagle students were defeated during Part 1 while playing in Classic Mode, Edelgard in Chapter 13 will mention some of her former classmates have joined her side. Moreover, the presence of an unused variation for Silver Snow's story event "The Death Knight" in which Caspar and Linhardt appear on the Empire's side if they're unrecruited suggests the Black Eagles were planned to defect had they fallen pre-timeskip. In spite of this, the game considers the units in question dead rather than unrecruited and their ending cards will even contradict Edelgard's claim, meaning none of the characters get to return and replace their generic enemy Imperial General counterparts.

In the game's code, Bernadetta and Dorothea are set to receive Linked Attack bonuses when paired up with Marianne and Hilda respectively. As these can only be gained when the characters in question have existing support chains with each other—which the pairs in question lack—, these bonuses ultimately go unused.

Chapter 14 has a different icon in every route when the save file is seen through the file select screen, which shows a glimpse of the location where the chapter's main battle takes place (or is at least connected to it). Curiously, Verdant Wind's icon for Chapter 14 displays an unrelated location which is never visited through that route's main story: Tailtean Plains.

The turret Viskam is an amalgam of three diferent elements: an invisible enemy with 100 HP, 5 Mag and 0 move; a solid ballista used by said enemy; and an E-rank Viskam sword also wielded by the hidden entity with 20 might, 5 weight, 100 hit, 0 crit, 1-9 range, with infinite uses and deals magic damage. Because of this, it's possible through hacking to obtain said weapon and have any playable character wield it without issues.

The icon used to display maximum motivation slightly differs depending on the console's chosen language, with the icon looking far more...subdued in the english version.