Being on the same console known for games like Wii Sports and a plethora of Mario spinoffs, Fire Emblem: Radiant Dawn feels like a shock to the system. Being the sequel to Fire Emblem: Path of Radiance, our heroes must once again stop a glowing lump of blue metal from ending the world (well, sort of...).

The game contains placeholder portraits for both genders. There are also duplicates of these portraits in the game's files associated with unused name strings.

Leftover forge card graphics in window/base_card.tpl, which suggest fourteen forge card types were planned rather than the twelve in-game.

For some bizarre reason, in etc/memcard.tpl, there are graphics for a GameCube memory card animation and banner! Since Radiant Dawn was developed as a Wii title from the beginning, these could be a remnant of an experimental build on the GameCube, especially since it was based on Path of Radiance.

A crude development texture, which seems to represent the different grid square types in the game.

A similar texture, which seems to represent the different terrain costs for units. Note that the original texture is riddled with transparency pixels, so a black underlay has been added to this view.

Zelgius, while being a recurring playable character and boss as the Black Knight, never actually appears in any maps as himself, only appearing in scripted battle scenes. He has stats and skills that are obviously identical to those of the Black Knight, but he has a unique version of the Marshall class that exclusively uses Swords and Lances (the latter of which he is never seen using) and has unique animations. He also has a bond support with Sephiran (which isn't present in his Black Knight appearances) with a bonus value of 10.

While most enemy and NPC units have assigned growth rates of 0% across the board, a handful of them do have unique values for it in their data, oddly enough. Since they obviously can't level up, these are effectively unused in-game.

Dragon units have two unique values for how fast they can pass terrain. Most of this data is unused due to limited appearance of these units. Civilians also have their own rate, but aside from rivers and bogs, which are used, their speed is identical to standard infantry.

There are a few unused name strings, only a few of which were translated.

The following name strings were replaced with the word "dummy" in the localization, meaning they effectively only exist in the Japanese version.

When Yune talks to Micaiah at the end of the second Endgame chapter, one of her lines is skipped over, which seems to be due to a glitch (at least in the English version). The full conversation, which is found in \Mess\e_c0407b.m, is provided for context:

This part is skipped over:

There is also leftover dialogue for the first part of the final chapter between Sanaki and Hetzel, suggesting Hetzel could be spared. The following dialogue is found in \Mess\e_c0407a.m:
Hetzel:

It's likely this went unused due to the mission having the Rout objective (i.e., cleared by defeating every enemy on the map), providing no scenario in which Hetzel could be spared.

There is also dialog that triggers when the Black Knight dies under player control, which will never happen because regardless of difficulty there's not a single enemy capable of damaging him, let alone killing him with their limited durability. This dialogue is found in \Mess\e_common.m; for some reason, this text is duplicated in the same file.
Black Knight:

It seems the developers were originally going to include full length support conversations (like the ones in the previous three games) instead of the watered down ones that you see now. One major difference is that only data for A-rank supports exists, so the developers may have intended to utilize the current "everybody supports" system, but have special conversations for certain pairs when they reach the A-level support.

A considerable number of unused support pairs (other than A-rank supports) can be found, with no conversations for them.

Several graphics are leftover from the previous game in the series, Path of Radiance, which are from the original Japanese version.

Present in window/cardicon.tpl are Path of Radiance's memory card banner and animation.

Contains the textures for the Trial Maps menu in Path of Radiance, mostly unchanged. 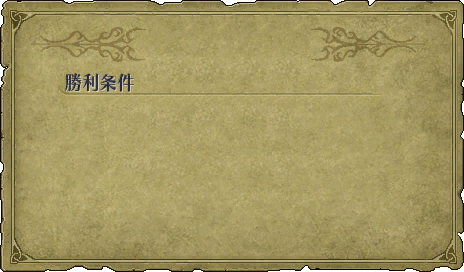 Two textures from the title screen.

The numeric font used for taking damage in Path of Radiance, which is seen when battle animations are turned off.

The localized names of the Skill Scrolls for the Blessing and Boon skills use those skills' Japanese names: Sky Boon and Earth Bounty, respectively. It's unknown why this inconsistency occurred, but it's possible that it wasn't noticed since there really isn't a reason to unequip these skills, as only Herons can learn Blessing (and all three already know it when they join) and only Dragons can learn Boon (and half of them, again, already know it when they join).

Like in Path of Radiance, Volke charges 50G for each door or chest he unlocks (though there's no indication of this anywhere in Radiant Dawn's script). However, if the player attempts to have him open the Matrona chest in the first map of Part 4's Endgame (the only chest that appears after Volke joins) while having less gold on hand than the 50 required, the failure message displayed will simply say dummy—perhaps because this is such an obscure case that the developers forgot to add a proper message for it?

In Radiant Dawn, Amiti is programmed to be usable by Renning as well as Elincia, which can be seen by viewing it in the item list with Renning. However, it is also permanently locked to Elincia's inventory and cannot ever be removed from her possession, so despite the personal weapon programming, Renning is never actually allowed to use Amiti in legitimate gameplay.

Despite the common Fire Emblem weapons Longswords and Armorslayers not appearing in Radiant Dawn, they are mentioned in the bonus damage tutorial. This suggests that there were at one point set appear in this game.