Tetris minus the fun of being Tetris. It's also popular because of how easily it can be modded.

There's a lot of unused graphics for tips in the game, and they're all really pixelly.

There's lots of early menu graphics where all the modes use exactly the same theme.

There's an even earlier menu for Classic mode. 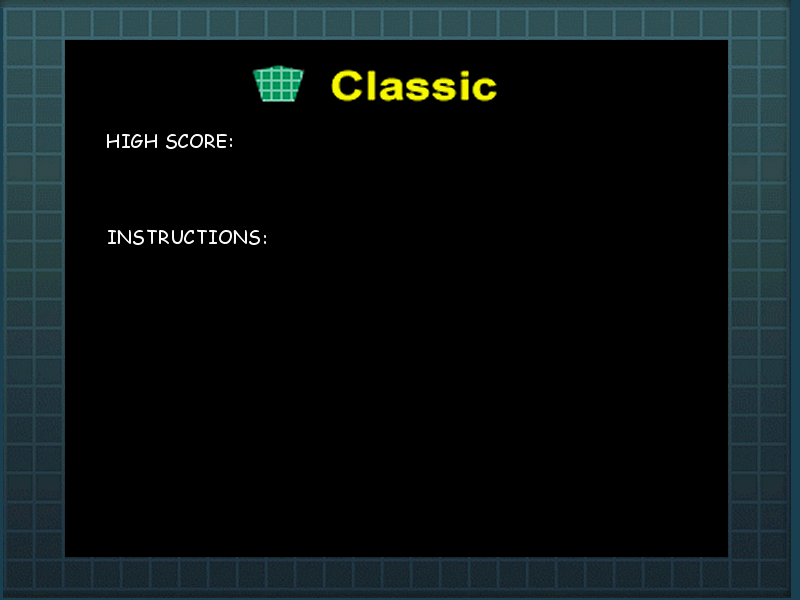 There's a graphic for putting in an already existing username, but doing so just selects the profile.

A very silly looking graphic that was probably a placeholder.

A song that's supposed to play over the credits, but the normal menu music plays instead. It sounds somewhat like the classic Tetris theme. It should be noted that this song is also the default song for Classic Mode, which is just regular Tetris.

The CD's Data folder contains files for the Windows and Macintosh versions, all mixed together—and the installers for both platforms dump all of them onto your hard drive.

One file not found in the Data folder is added to each install: Miles MP3 Decoder.asi on the Mac, and Uninstall.exe on Windows.

Missing Assets and the Blue Screen of Death

Wait, did we say the installer dumped every file onto both systems? It would hardly be the world's laziest installer if it did that. On the Mac side, it actually manages to lose a few!

The game has distinct sounds for clearing 1, 2, 3, or 4 lines, which play over top of a chime. On the Mac, 2line.wav is not installed, so clearing two lines results in a plain chime.

Two other files are missing from the Earthquake folder: 20tile03.tga is the green texture used for the "S" piece, and horn2.wav is one of several warning klaxon sounds.

Unlike the first omitted file, the game won't benignly ignore their absence. Unless the CD is mounted, starting a game of Earthquake will bring up a mock Blue Screen of Death giving you the choice to insert the disc or quit. 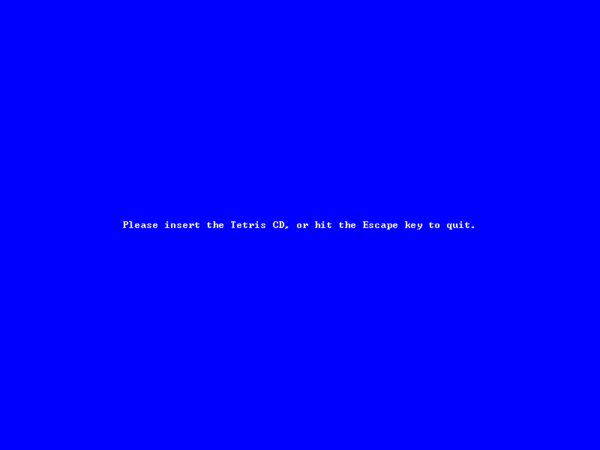 The program will then fall back on the CD's copies of the three missing files. Alternatively, if you place them yourself in the proper folders of your installed copy, it will use them there and never ask for the CD.

The horn sound is the one that triggers the check. If you restore it but not the "S" texture, the Earthquake game will crash when it tries and fails to read the latter. Many, but not all, of the other wav files will also cause the BSOD if removed.

It's not clear to what extent this was an intentional anti-piracy measure: if that's what it was, why use it on only one of six game modes, only on the Mac side, and with a further asset omitted that doesn't trigger the protection?

Meanwhile, on the PC, an even more sketchily implemented form of the same feature can be uncovered. Removing certain files, such as horn2.wav or EARTHQUAKE01.wav, will provoke the same BSOD. However, the Windows version will not read files off the disc that are missing from the install. Your only option is to quit, which often results in an OS error ("No image filter registered for 'TETRIS ELEMENTS:DATA:\TETRIS\Earthquake\Pause.tga'").