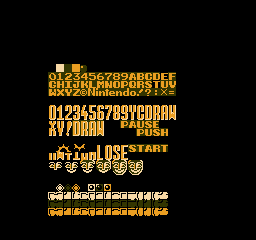 In all versions, Game Genie code GAUKLVZE lets you access a CHR Test by pressing Reset. 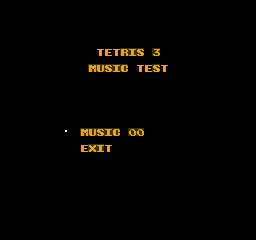 In all versions, Game Genie code IAUKLVZE lets you access a Music Test by pressing Reset. Oddly, it refers to the game as "Tetris 3".

A stone tablet with a snake, similar to those which are used for CPU difficulty levels in both versions.

What appear to be the viruses from Dr. Mario.

There is a song present in the ROM that is not present in the Game Boy version. It sounds as if it were meant as a cutscene theme, but none of the cutscenes play it.

There is also an unused fanfare, which sounds like it might have played when the final level in Normal mode was completed, but it plays the normal jingle instead.

The Japanese version has a very different, well-animated title screen. It is completely static in the international versions.