Often viewed as one of the best NFS games of all time, Need for Speed: Underground 2 expanded on the concept of the original, by adding a huge open world to freely discover, plus SUVs and more customization options.

Once again, Underground 2 has a handful of cut modes, most of which either appeared in the first Underground, or were cut from the first game.

Four unused preset cars exist, two of these depict early versions of Rachel's car. The first was a red Mazda RX-8 (SE3P), and the other was a blue Mitsubishi Lancer Evolution VIII GSR (CT9A). The RX-8 preset can still be seen in pre-release gameplay videos. Apply the below code for the USA PlayStation 2 version of the game to modify the first sponsor car to an unused preset car.

The unused presets can be restored in the PC version by setting their IsFESponsorCar from False to True using Binary. However, you can only set up to a maximum of 12 presets to be available in the Sponsor Cars section. 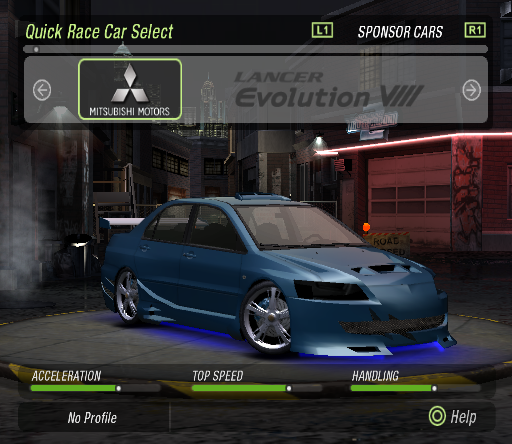 Rachel's unused blue Mitsubishi Lancer Evolution VIII GSR (CT9A). This car was playable in the PS2 demo, however, the preset is in an incomplete state, having missing headlights, taillights and side mirrors, as well as a hashed vinyl code. Also, the window tint was set to WINDSHIELD_TINT_L3_BLACK. 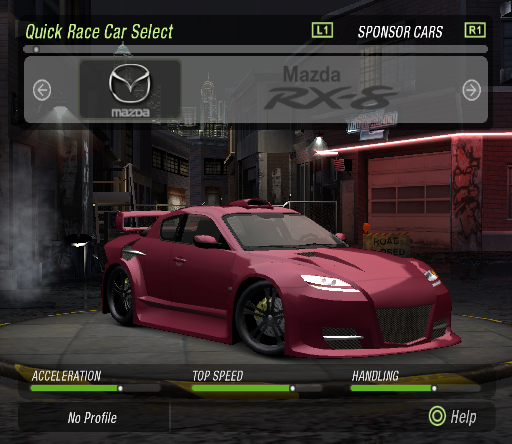 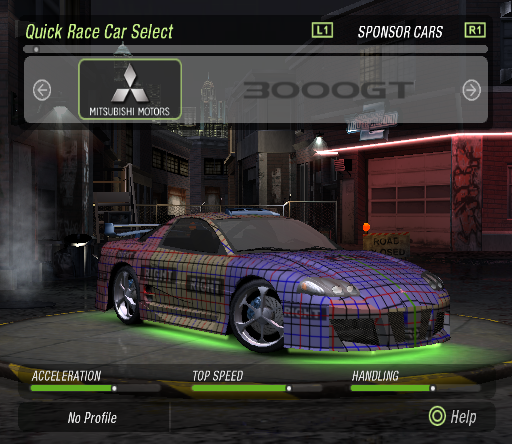 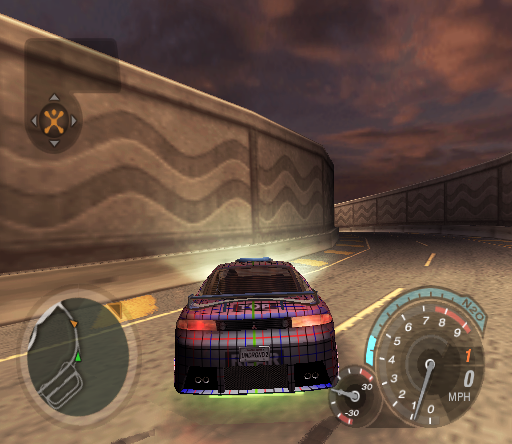 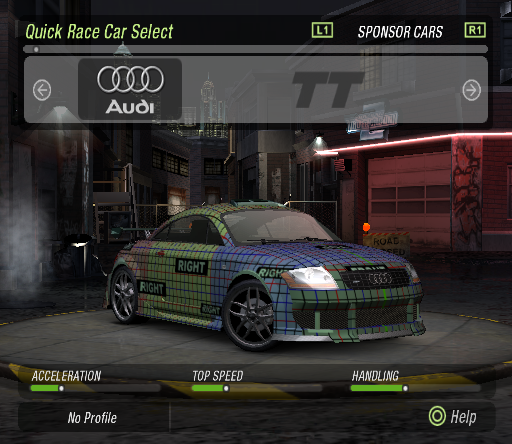 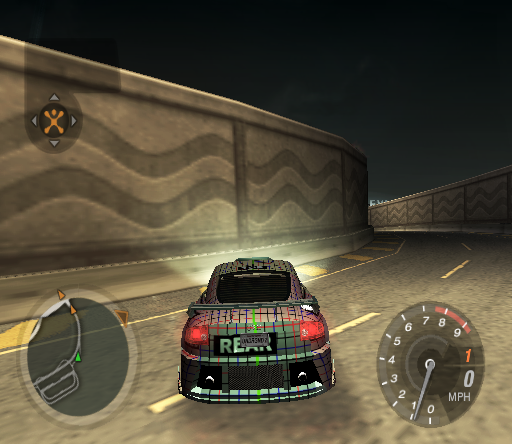 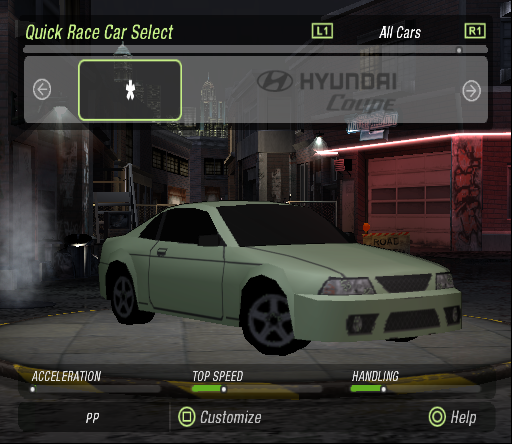 It's not exactly clear if this was actually meant to be a selectable car or not, considering this is the only unused traffic car (resembling a SN95/New Edge Ford Mustang) with a name attached to it. Entering the game with this car will end up rendering an invisible car. 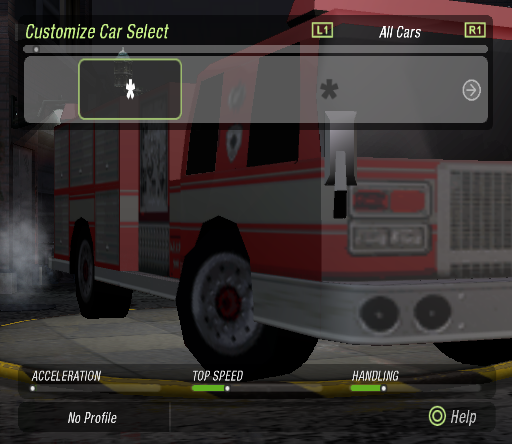 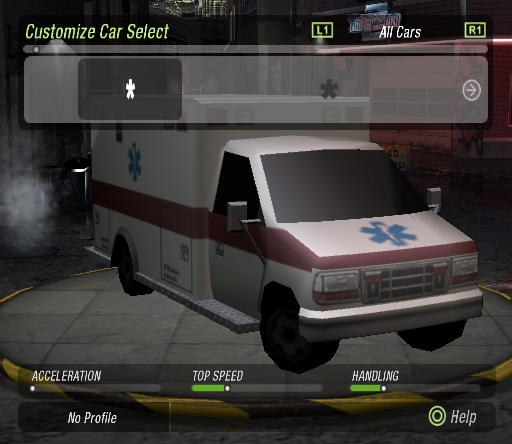 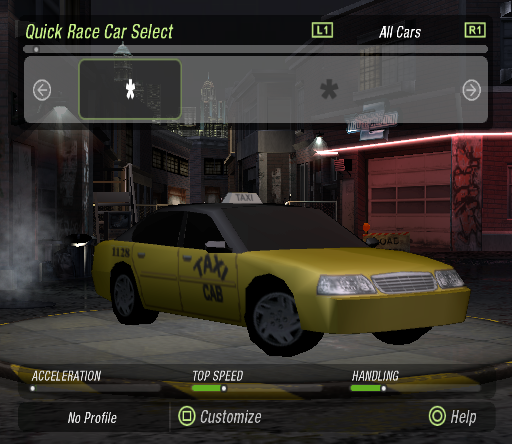 An unused alternate version of a taxi. 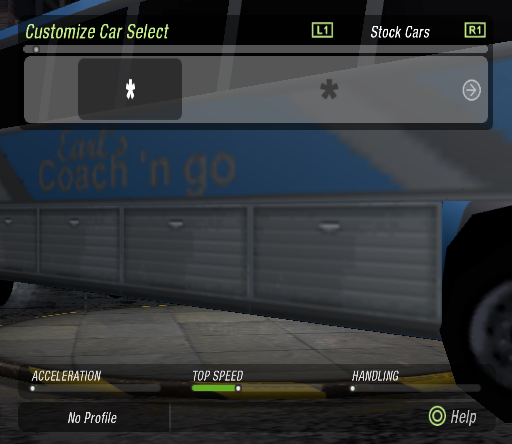 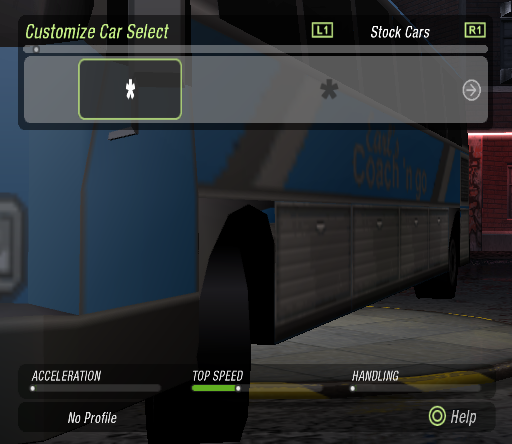 A rather large bus.

A few test maps remain in the game's files along with references to other tracks that are no longer present. Apply the below code for the USA PlayStation 2 version of the game to appear in one of these maps. With the code on, enter any quick race mode.

No longer present in the GAME. Leftover from the previous Underground game.

No longer present in the game. Leftover from Hot Pursuit 2. 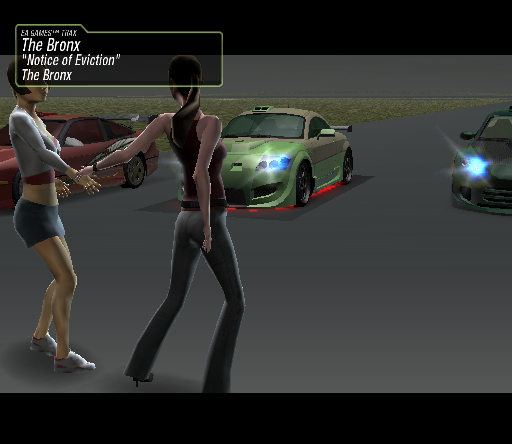 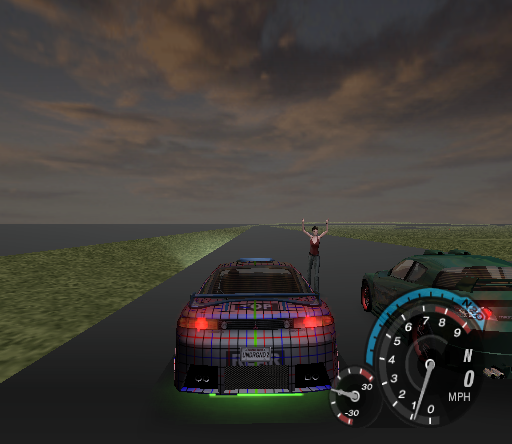 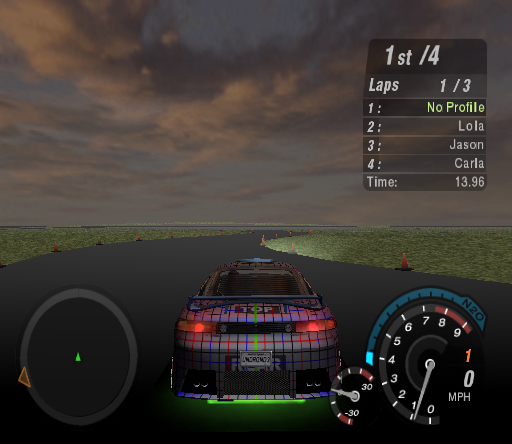 A plain looking large map. The center of the map also contains a short road which looks like it was used to test drift racing. 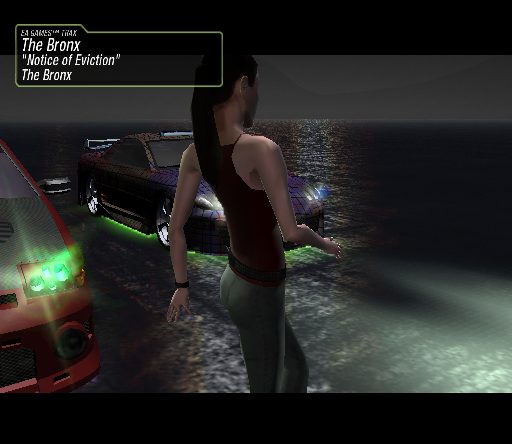 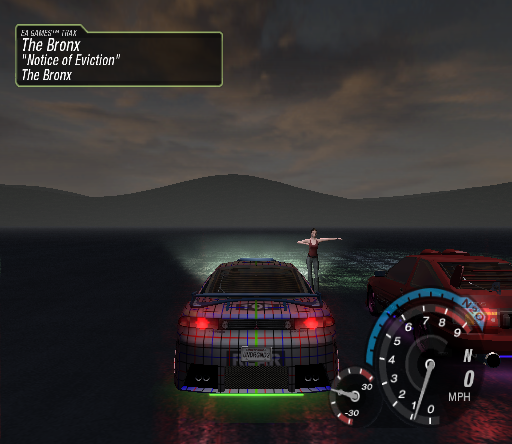 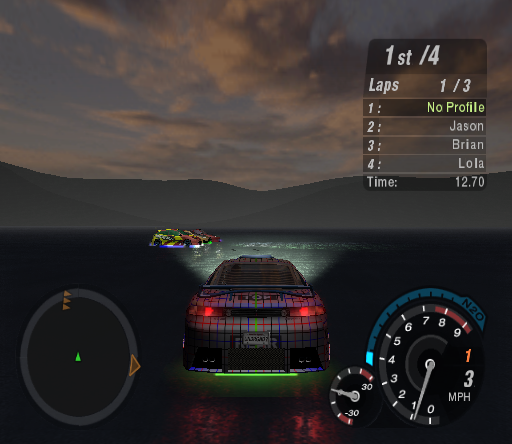 A plain blank map with nothing of interest. The map causes background errors in the game engine likely due to missing geometry.

The same as the above map.

Present in memory in the USA PlayStation 2 version at 0x004AFF10 are pointers to the following text. No function appears to make use of these. This text is also present in speed2.exe.

Within the game is a printf function that doesn't print anything anymore. This would have logged various background information to a debug unit. This logs information such as files loaded and memory information. It would also report errors if any occurred. To re-enable this mode, apply the below code for the USA PlayStation 2 version:

If you are playing the game on a regular PlayStation 2, you will need to use a TOOL, RDB, or a debug version of OPL to view the logs. If you are playing on an emulator, you can see this information by enabling the option "Show Console". Below is an example of what type of information gets logged.

Hood decals, unused rims, and cabin neon can be restored on the Windows version using NFSU2 Extra Options, which also unlocks some other debug/unused features mentioned above.

Once again, references to police remain in Underground 2's files. It would've seemed plausible for police to appear, with Underground 2 having a open world, but it seems licensing issues with some manufacturers was the reason police don't appear, as in the next two NFS games (which both featured police), Honda is absent, a manufacturer which does appear in Underground 2. Nissan was also absent in Most Wanted, likely due to the same reason, but reappeared in Carbon.

The North American version has the 2000 Honda Civic Si (EM1), and the 2002 Acura RSX Type S (DC5) as exclusive cars, while the other regions have a Peugeot 106 GTI and Vauxhall Corsa 1.8 SRi, However, using a non-English language will change the Corsa to have an Opel logo.

The Sha Do edition has seven exclusive vinyls, replacing certain contest vinyls, also some cars are renamed to their Japanese specifications such as the Nissan 350Z (Z33) being named Nissan Fairlady Z (Z33) or Toyota Corolla GT-S (AE86) being called Toyota Trueno. The Splash screen was changed, some car names' language strings were changed such as Skyline R34 instead of Skyline (to prevent confusion with the Skyline Coupe 350GT (V35)).

However, the player can have all 4 cars in one game by using Extra Options.

A Burnout 3: Takedown (Final) demo is exclusively for PlayStation 2 North American version only.

Folders named IMPREZA, LANCER, NEON, and S2000 can be found in the game's CARS folder, referring to four cars from the previous game that did not make it to this game: the Dodge Neon, Honda S2000 (AP1), Mitsubishi Lancer ES (CS2A), and Subaru Impreza 2.5 RS (GDA). These cars, along with the Acura Integra Type-R (DC2) (which was not mentioned in the folder) and the Acura NSX (NA2) (which had only mentions in the demo version) are part of the Olympic Imports mod, using models from the previous games (except for the NSX, since it did not appear in the game) for the most part.

The Lancer ES and Impreza RS were cut likely due to being replaced by their updated high performance variants (Lancer Evolution VIII (CT9A) and Impreza WRX STi (GDB-D)).

In the release version you can find a leftover from a beta version of the game.