From The Cutting Room Floor
Jump to navigation Jump to search
Translate this page
Outdated translations are marked like this.
Other languages:
English • ‎日本語 • ‎한국어

After the success of the PSP port of the Ys III remake, Oath in Felghana, Falcom decided to improve on it and make a Ys title specifically made for the PSP, Ys Seven. It was so successful that two A-RPG spin-offs of the Trails in the Sky (a.k.a Sora no Kiseki) reused its engine: the crossover Ys vs. Sora no Kiseki: Alternative Saga, and Nayuta no Kiseki.

Huge chunks of the source code is left in the text folder in the file setbl.tbl, it even comes with developer comments! In the Trails in The Sky A-RPG spin-off using the same engine, Nayuta no Kiseki, the same file containing the script is left on the disc as well, except it is slightly modified.

In the script folder are two plain text files named inccc.scp and inccc2.scp which contain some source code-related texts.

A party icon placeholder. Tia's name (in katakana) appears in the image, suggesting this was for Tia placement in the party. In the final release, Tia can accompany you (up to twice) as an escort, but never joins your party. 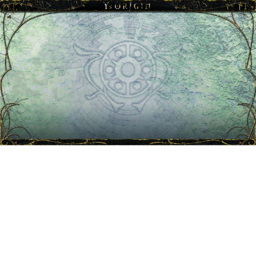 A background for Ys Origins is included.

A row of cods. Possibly a placeholder, but the filename is inconsistent with the other face and portrait ones. Dogi's name (in katakana) appears in the bottom-left corner.

Tialuna's angry/yelling portrait is never used in the final release. 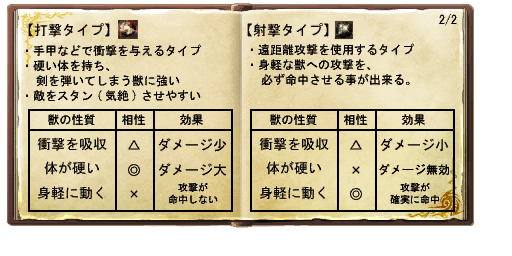 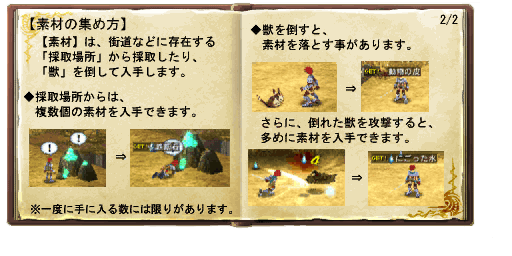 Gameplay instructions in Japanese were included, but not used in the English version.

These four images appear with the Character Profile graphics.

These images would normally appear the Monster Book.

Second phase of "ZE-KALIOS", the Moon Dragon boss fight. Only the first phase portrait is used.

Unused. Could have been an enemy related to #27: Lapalm and #31: Lapalm-dos. The background also suggests it would have appeared in the Kylos Gorge.