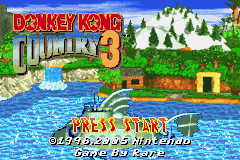 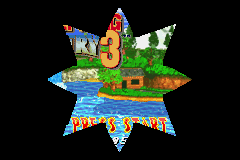 The lettering for the text in the Pause menu, and other instances like in Swanky's Dash, was a lot smaller.

The text for saving a game was shorter.

Belcha's Barn lacks a flag on the map. This is consistent with the SNES version, but not the GBA remake nor the other boss levels in this build.

The level order in Kremwood Forest still matches the SNES version, with Barrel Shield Bust-Up as the first level and Springin' Spiders as the fourth.

Brash's Stadium is still titled "Brash's Cabin", as it was in the SNES version. Given that the GBA version is clearly not a cabin, it was renamed for the final.

The flag outside of Arich's Ambush does not change even after clearing the boss fight.