In this installment (that was apparently too awesome for North America), that fifth controller on the Multitap finally gets some use. Also, furry kangaroos!

Two battle stages are hidden in the game. These stages can be accessed in multiplayer mode if the X button is tapped repeatedly while the title screen loads, triggering a sound effect. Pro Action Replay codes can also be used to select these stages. 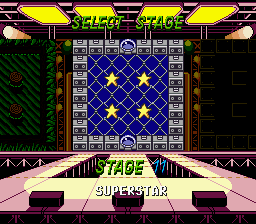 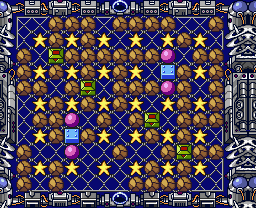 Use Pro Action Replay code 7E6C6E:0B to access this stage. 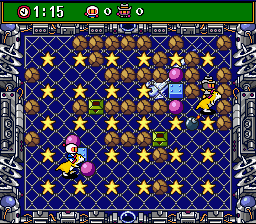 A spaceship flies below the stage. The green blocks will detonate when hit by a bomb. The purple orbs will turn around when walked through. 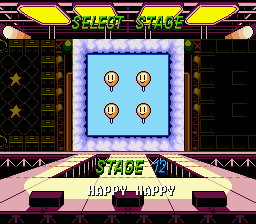 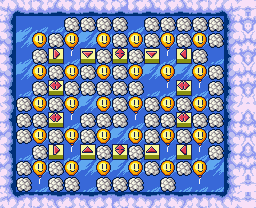 Use Pro Action Replay code 7E6C6E:0C to access this stage. 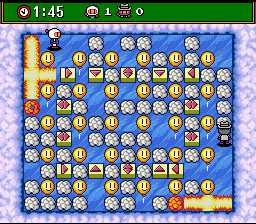 The arrow blocks will move in the displayed direction when hit by a bomb's flame.

An unused egg power-up icon. This may have been a placeholder for the sprite-based egg used in-game.

There were heart-eyed sprites of Bomberman and Louie present in the game's data.

An animated version of the (also unused) sprite of heart-eyed Bomberman that was already mentioned above.

Development text left in the ROM.

"2PLAYERS GAME" was changed to the more grammatically-correct "2PLAYER GAME" in the European release, which also fixed the odd spacing in the "1PLAYER GAME" option.