Present in both Japanese releases of the game. "Bomberman SS" was the original title for the game, but appears this was changed fairly late in development. The final disc copies still read "BOMBERMAN_SS" if popped into a computer, and the "Bomberman" part was used for the title screen, suggesting they didn't have time to rerecord it.

A placeholder item; the text reads "スカ" (suka) which can mean "Lose" or "Nonsense". Like I said, Placeholder.

In Saturn Bomberman, there are hidden button combinations that will start you off at certain worlds at full power (10 bombs, Full Fire, Power Glove, Bomb Kick, Line Bomb). To use them, just Hold specific buttons while the title screen text reads "Press Start".

On the first screen for "Battle Game", Hold L and R until you hear a chime. Yuna moves the fastest and Manto has the Power Glove from the start. 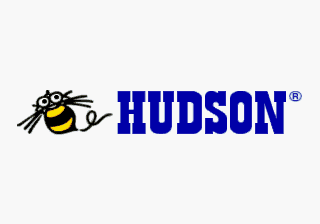 The Hudson Soft screen and its accompanying voice clip do not play when the game is started up in the international versions. It can however be seen after the game resets itself upon completing the single-player mode.

The title screen was reworked between the Japanese and International versions.

All of the World names were changed in the English versions.

Character names were changed in the English versions for some reason.

Even the power-ups were localized:

The voice actor credits were inexplicably removed from the international versions of the game.

The Japanese version had limited XBAND support for online gaming. The North American version was reworked to support the then-new Sega NetLink accessory, necessitating the release date to be pushed all the way to late 1997.