Does whatever a bomber can.

This track can only be heard in the sound test. It's used as filler for unused track IDs.

Three unused levels exist in the game. The following GameShark code will allow you to enter them:

Hold L+A when entering a map to appear in one of the test maps of your choice.

Replace the "??" with values from below (place the same ID number you want in both slots): 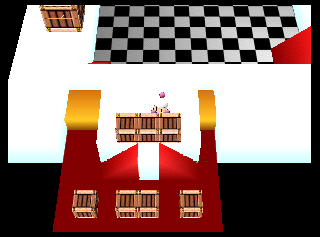 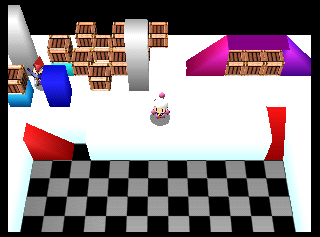 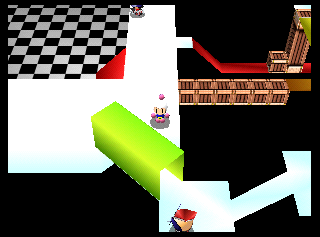 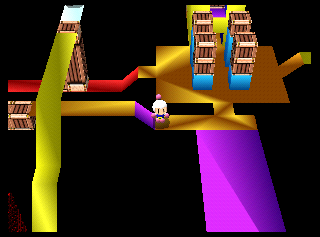 Test Map 1 has an assortment of platforms, boxes and enemies. 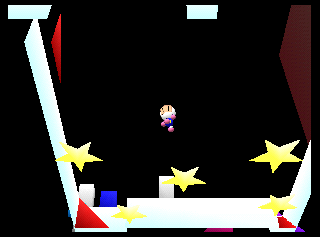 Test Map 2 seems to be a camera test map. 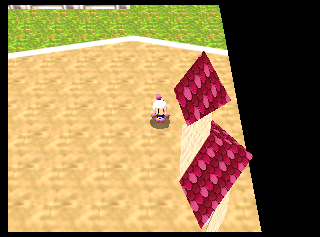 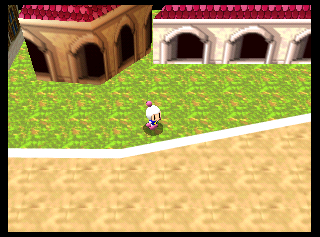 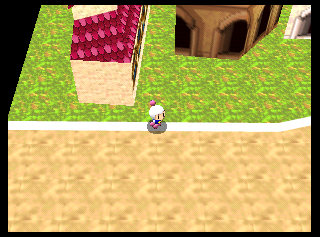 Test Map 3 is test version of the opening cinematic. 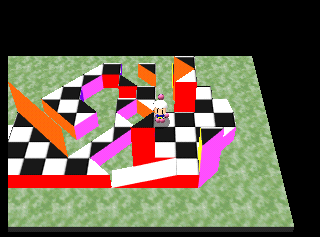 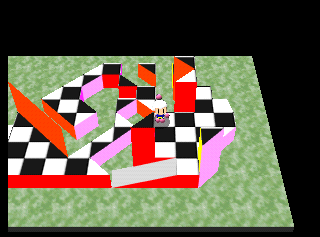 Test map 4 has some glowing textures in it.

This early logo graphic was found in the US version of the game. It is too big to be used on the N64.

A few game-specific strings are left in the ROM. 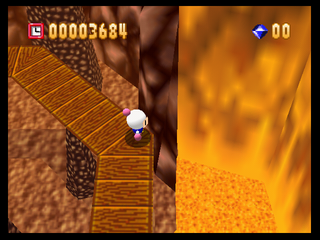 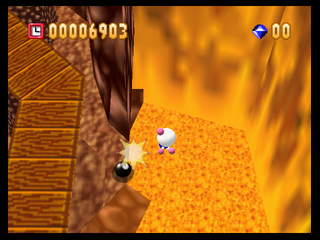 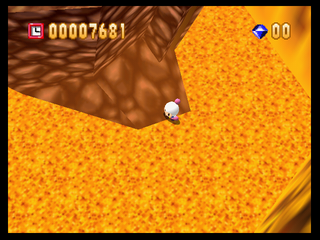 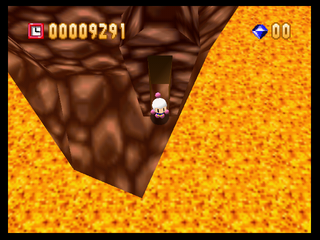 An unused piece of collision and geometry left over from an earlier point in development can be found in Red Mountain 3. It may have been intended to be another cave section.

Two of the world names were spruced up for the localization.

The original Japanese stage names were hints for that respective stage. The International version ditched these for more interesting names.

Nearly all of the stage names were redone.

In the Japanese version, the boss of Rainbow Palace Stage 2 calls out the names of his attack cards. For some reason, this was removed from the English version despite redubbed voice clips existing in the game's data.

The European version runs at 83% speed due to the 50hz PAL format. However, the battle and target timers were optimized. The target times are essentially the game's time attack mechanic meaning Hudson had to change them to make things fair for European players.

Additionally the time to beat the game to unlock the last two Custom Items in each category was set to 4 hours instead of 3 hours.

The European release extended the opening and story intro themes so they would sync with the 50hz cutscenes.