Panic Bomber is the exciting tale of Bomberman's quest for the fabled Golden Bomber statue. (You'll have to take our word for it about the "Golden" part.)

The two patches in this archive enable a debug mode and stage select menu. Note that the patches can be used with either the Japanese or US ROM. The debug menu/stage select will come up immediately after starting up the game.

Note that only one patch can be applied to the ROM at a time, as the two patches conflict with one another. 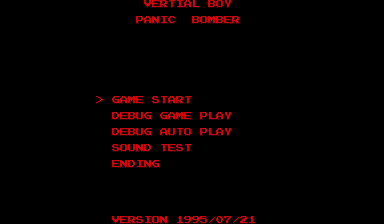 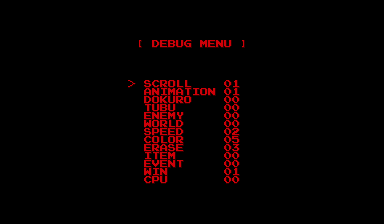 The "debug play" menu consists of several options including background and enemy selection. 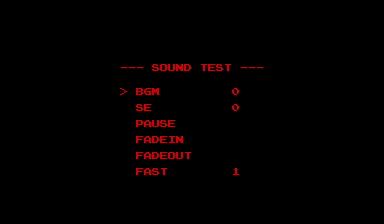 Lets you listen to the game's sound effects and music, even giving you control over music playback with the pause/fade/fast options. 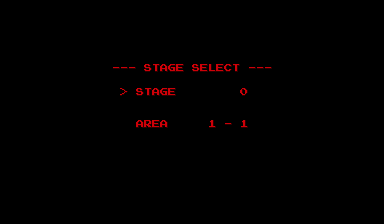 Using the other patch will enable this stage select menu in place of the debug menu, allowing you to jump straight to any stage in the game. You can return to the actual title screen by losing the game and choosing not to continue.

"TM&" was added to the Hudson Soft copyright line, and "1995" uses a different font. The line as a whole was also moved up a bit to add "Licensed to Nintendo".

The Japanese title translates to "Jump Out! Panic Bomber".