The Legend of Zelda: Phantom Hourglass

Phantom Hourglass is a direct sequel to The Wind Waker, and the opportunity for Nintendo to implement many ideas they couldn't put in with Wind Waker or Four Swords Adventures due to the thankfully short-lived deadline policy back then.

Its massive popularity, especially in Japan, resulted in Spirit Tracks.

This is an unused version of the game's banner icon that's displayed on the main Nintendo DS menu.

Debug fonts found in many other Nintendo DS games, including the sequel. 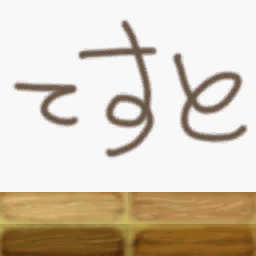 Found in /MapObj/map_sauze.nsbtx. This model belongs to the map Sauz has in his room that shows the symbol you need to draw on the door in the Temple of the Ocean King to advance. In its textures, you can find a hidden piece of Japanese text. It is not visible when loading the model, since the actual map part is separate. (The model only shows the frame). It says てすと, which translates to "Test". 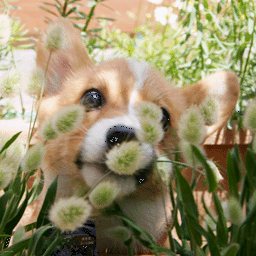 There is a picture of a dog found in /Test/picture.narc/picture/dog/* that is included in some releases of the game.
It is in an unusual format, and split into three files. 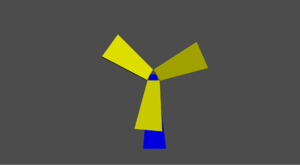 Found in /MapObj/windmill.narc. There is an unused, very rough model of a Windmill. It does not have any textures. 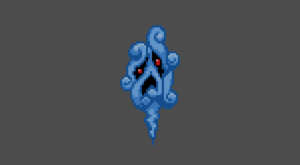 Found in /Npc/Spirit.bin. There is an unused NPC. It is two-dimensional, and only has one animation, a sort-of bouncing. The art-style looks very placeholder-ish. 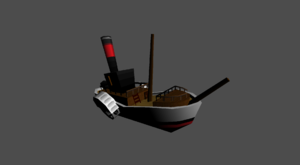 Found in /Npc/steamer.bin. This is an unused boat. The art style doesn't really fit with that of the final game.

Found in /Test/BgMap.narc/NpcCvtr.pl. It is referenced in a developer script (player.js) as an example for converting a ship model.

In earlier builds of the game, the ship icon on the map screen was clearly modelled after this ship. It stands to reason that it was used as a stand-in for the player ship early on. 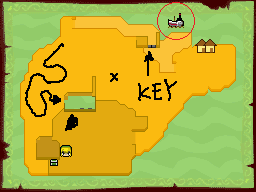 Here, in the background, the same ship can be seen. It appears to be a stand-in for NPC ships, before custom models were made for them.

Found in /MapObj/crystal0.bin. This is an unused model of a weird switch-looking object. It is called "crystal" internally, and has two colors (via texture animation). The model file also contains a secondary object, which looks like a 3D version of the symbol on the switch.

Found in /MapObj/f_door*.nsbtx. There are six unused door models: Flame, Wind, Pluck, Power, Ice and Philos. These map to the six dungeons in the game respectively.
In the final game, there are three fairies, and three doors that are unlocked by them in the Temple of the Ocean King. 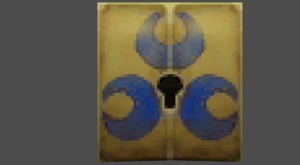 In the game, you need to find the "Sun Key" to unlock a Sun Themed Door to get to the section of Molida Island where the Temple of Courage is located. Found in /MapObj/e_door_b.narc, there appears to be a second version of this door with a moon theme, which goes unused in the final game. While there is no model for the Key that would have unlocked this door, we do know that it was called "Moon Key" from an unused piece of localization, found inside /English/Message/collect.bmg at index 132.

For whatever reason, one of the Z-Targeting sounds from Ocarina of Time (specifically, the one used for targeting enemies) is present in the files, but goes unused.

During the opening cutscene with Link, Tetra, and Mako, there's an unused part of the script with Tetra and Mako bantering over whether or not Tetra should go by her pirate name or Princess Zelda. It comes in-between "Tetra worked just fine before, you know." and "But enough about that!" in the game.

Near the beginning of the game, Link needs to rescue Linebeck by deactivating the spikes surrounding him. By using a cheating device to Moon Jump over the spikes, Link can talk to Linebeck before rescuing him, whereupon he says this otherwise-unused line.

These were found in the ROMs' ARM9 binaries. There are two different build date formats. "Multiboot ROM" refers to the images used for DS Download Play contained within the main game, which is refered to as "Full ROM" here.
The table is sorted in chronological order by build date.