Kirby and the Rainbow Curse

Kirby and the Rainbow Curse sees the pink blob take on yet another art project, this time using clay. It's essentially a spiritual sequel to Kirby: Canvas Curse, but this time, rather than being transformed, Kirby chooses to roll like a ball. What a rebel. 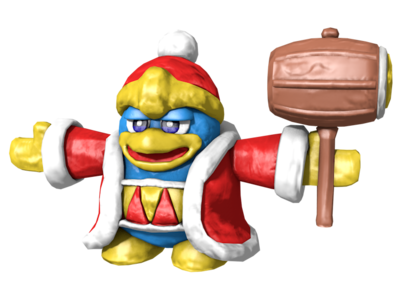 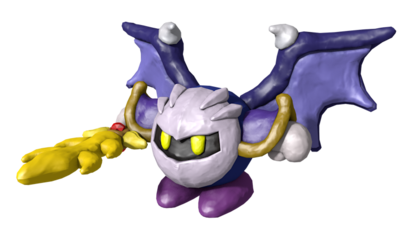 Of all the collectible figures that appear in the game, King Dedede and Meta Knight are different. Their models are located with the rest of the character models rather than in the directory for figure models, and they are T-posed and fully rigged. Both characters only have only one animation each, which puts the models in their respective figure poses. Evidently, both of these recurring Kirby characters were originally going to have some kind of role in the game rather than just appearing as figures.

Following the trend of unique internal names, Kirby and the Rainbow Curse's internal project name is Seven. Why exactly this name was chosen is unclear, but it could be related to the seven colors of the rainbow used for the game's seven worlds.