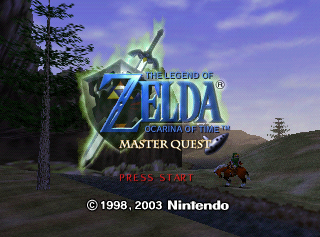 Known as the Debug ROM, this is a European version of The Legend of Zelda: Ocarina of Time Master Quest that still retains its debug features. It was used by testers at Nintendo of Europe to test the GameCube title prior to its PAL release.

Its framerate was hacked from PAL's standard 50 FPS (gross numbers) to NTSC's 60 FPS (20 vi/s play, 30 vi/s paused) before the ROM was distributed. Its large size owes to the fact that all of its files are uncompressed. The game is 512 MBits, which represents the maximum possible Nintendo 64 cartridge size. 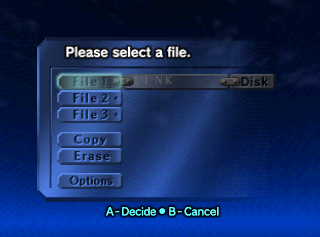 One relic of the planned Nintendo 64DD extension of Ocarina of Time is the existence of N64DD Save Files. GameShark code 8022EA48 0001 will turn the first save file into an N64DD save file. Files created this way have a "Disk" tag attached to them and cannot be opened, as they're grayed out. Trying to copy or delete these files crashes the game. You can restore the file to normal with the code 8022EA48 0000.