WCW/nWo Thunder, named after WCW's B-show that fans barely watched, is basically a roster update to WCW Nitro, with some unexpected hidden characters...

Also, it happens to be THQ's last WCW game before they jumped ship to the promotion that bought WCW few years later, as well as releasing five days before the Fingerpoke of Doom.

Under the playing area there is what seems to be a misplaced crowd member, you can see it when the match ends and the camera pans out. 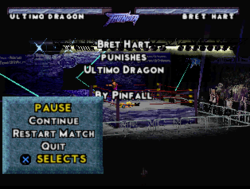 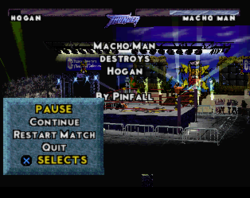