Ms. Pac-Man is suddenly a treasure hunter, and goes to an ancient pyramid to find... the golden maze.

Inside the Intro95 folder from the disc are graphics for company logos. An intro FMV was later added and used instead, rendering these unused.

Everything in Images\Editor is unused, and is a remnant of a level editor.

Models\CutScene has a bunch of unused textures for a clapperboard. They're only labeled act 1-3, but there's 7 files. The rest are duplicates. 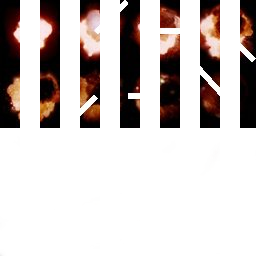 Images/FE/test.png is a strange image which seems to be a rocket explosion sprite from Quake III Arena with bars taken out.

font8x8.tga is an unused font, the same one used in a lot of early arcade and console games.

MPM ingame 02.tga is an early texture for Ms. Pac-Man. 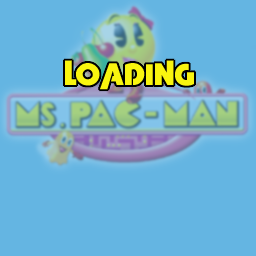 Images\FE\page9.tga is an unused loading screen. When the game first loads, it's just plain text.