Pac-Land is a port of the arcade proto-platformer starring Pac-Man. This version is notable for having an actual ending. 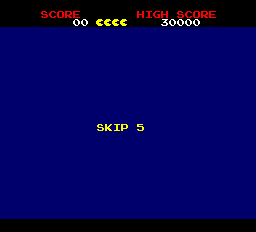 Hold I + II and press Run at the title screen to access a hidden screen with toggles for invincibility and level selection. To select a level, set "Skip" to On and start the game. 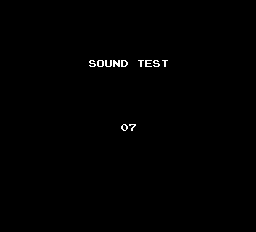 Press Run in the hidden screen described above.

Appears at the beginning of the ROM.

"KISSIE" is the nickname of the programmer, Yoshihiro Kishimoto.

The "CONTROLL" mistake was fixed in the US version, as well as removing the Namcot logo in favor of adding a "From NEC" line.

The sign that appears on the Pro mode title screen was changed from wooden to metallic in the US version. 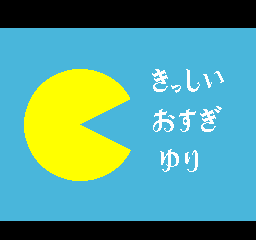 This screen, found only in the Japanese version, can be seen by holding I + II and pressing Run at the title screen. Pressing the buttons again takes you to the options screen, which the US version goes to after pressing them the first time.

The text translates to "Kisshii, Osugi, Yuri", which are developer names ("Kisshii" being the "Kissie" mentioned above). Two of these names, Kisshii and Yuri (Yuriko Keino, the composer), also appear in the arcade version.